Experts of the Karelian Research Centre of RAS are interested in gaining Finnish experience in the detection and monitoring of invasive species and methods of controlling them. Based on literature data and personal knowledge, the experts have selected the material from the Finnish invasive species portal for translation into Russian language. Selection criteria were, for example, potential danger and the absence of a species in the alien invasive species lists for the Republic of Karelia. These include, e.g., the Emerald ash borer and the Asian long-horned beetle. Another examples concern the Pharaoh ants, which may interest many people, as they have been often found in homes. For the last 10 years, there are no reliable data for these species in the Republic of Karelia. The texts translated by DIAS experts Natalia Räikkönen, Natalia Kiuru and Ekaterina Shorokhova made the species’ descriptions on the Russian-language portal much easier.

Ticks in Karelia: behavior and recap of season 2020

Is it true that ticks have become more dangerous? This question of concern for many people in Karelia was answered by Head of the Laboratory for Plant and Animal Parasitology at the Institute of Biology of the Karelian Research Centre RAS Sergey Bugmyrin in a recent post by the DIAS project.

When we speak of ixodid ticks in Karelia, we primarily imply the taiga tick (Ixodes persulcatus) and the castor bean tick (Ixodes ricinus). They can be dangerous for humans as transmitters of several infections.

Bugmyrin specifies that these two species do not exactly classify as invasive alien species. They actually appeared in our region in post-glacial time, several millennia ago. Yet, considering the high epidemiological significance of these species and the fact that their distribution range has lately expanded markedly, they were included as objects in the DIAS project. Bugmyrin also commented on the widespread belief that disease transmission by ticks has become more frequent lately. According to him, this is not altogether true.

The reason why one species is displacing the other is that, the castor bean tick is more tightly linked to humans and their farming activities. It tends to warmer and drier habitats, preferably near human settlements, in sparse deciduous forests. The presence of cattle is essential for the species Sergei Bugmyrin explains.

There used to be lots of state-owned farms and private farmsteads in Karelia. Livestock was free-ranged in pastures in the woods. This maintained the high abundance of the castor bean tick. The species expanded its range following humans. In the 1950s, in fact, it was even predicted that as agriculture in the republic develops further, the taiga tick would go extinct, and only the castor bean tick would persist. In reality, however, the opposite happened.

Summing up, Sergey Bugmyrin describes the previous season as average in terms of abundancy of ixodid ticks. Their activity peaked in the first third of June. In 2020, according to Rospotrebnadzor, 3078 people in Karelia, including 794 children, turned for medical help with tick bites. For a comparison, the numbers in the preceding year were 3779 persons, including 788 children. The first case was recorded on March 29th, near a residential building in Harlovo Village (Pudozhsky District). There were 15 cases of tick-borne encephalitis and 20 cases of the Lyme disease confirmed by laboratory tests and clinical symptoms.

Reportage about DIAS project on the Karelia's TV channel

Karelian TV channel presented DIAS-project and our efforts in the Republic of Karelia in Petrozavodsk. The main message was that Karelian scientists, together with their European colleagues, urge residents of the republic to work on collecting and systematizing data on invasive, alien species. It can be animals, plants, insects and even microbes - they combine harmful effects on nature and humans. Everyone can contribute to the study of the issue and the formation of a single database of Karelian pests.

In February (4th and 5th Feb 2020) DIAS-project organised a 2-day workshop in Kaisaniemi, Helsinki, that binged together thirty participants from the Ministry of agriculture and forestry, Natural resources institute, Finnish Environment institute, Finnish museum of natural history, Finnish food authority, City of Helsinki, Viekas-life project, and researchers and ICT-experts of KarRas. New web portals for invasive alien species were presented and, there were talks of the distribution of invasive species in Finland and Karelia and best practises. The expert network to support changing of information regarding invasive alien species was established. 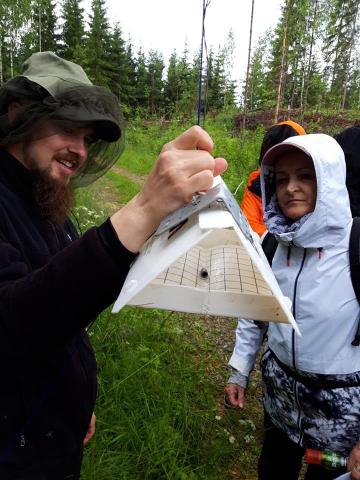 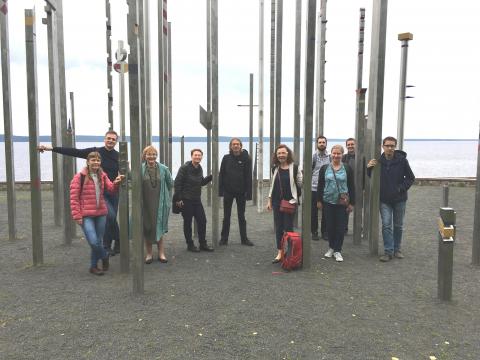 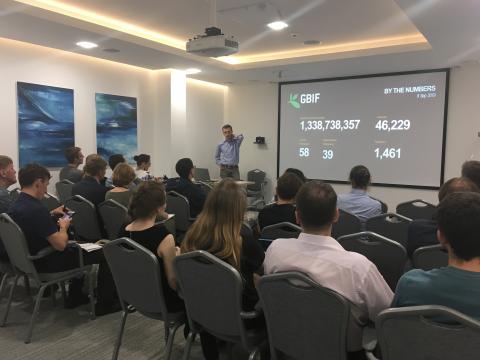 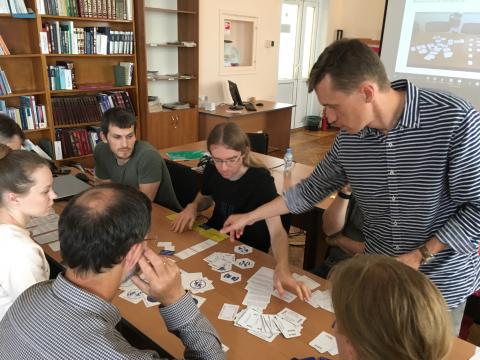 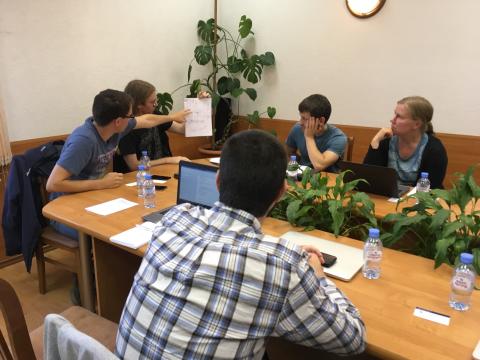 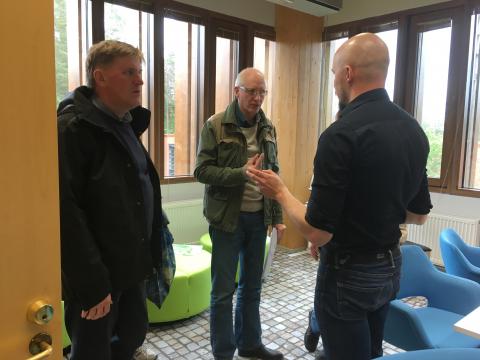