The creation of the Kalevala permanent exhibition starts in the Museum 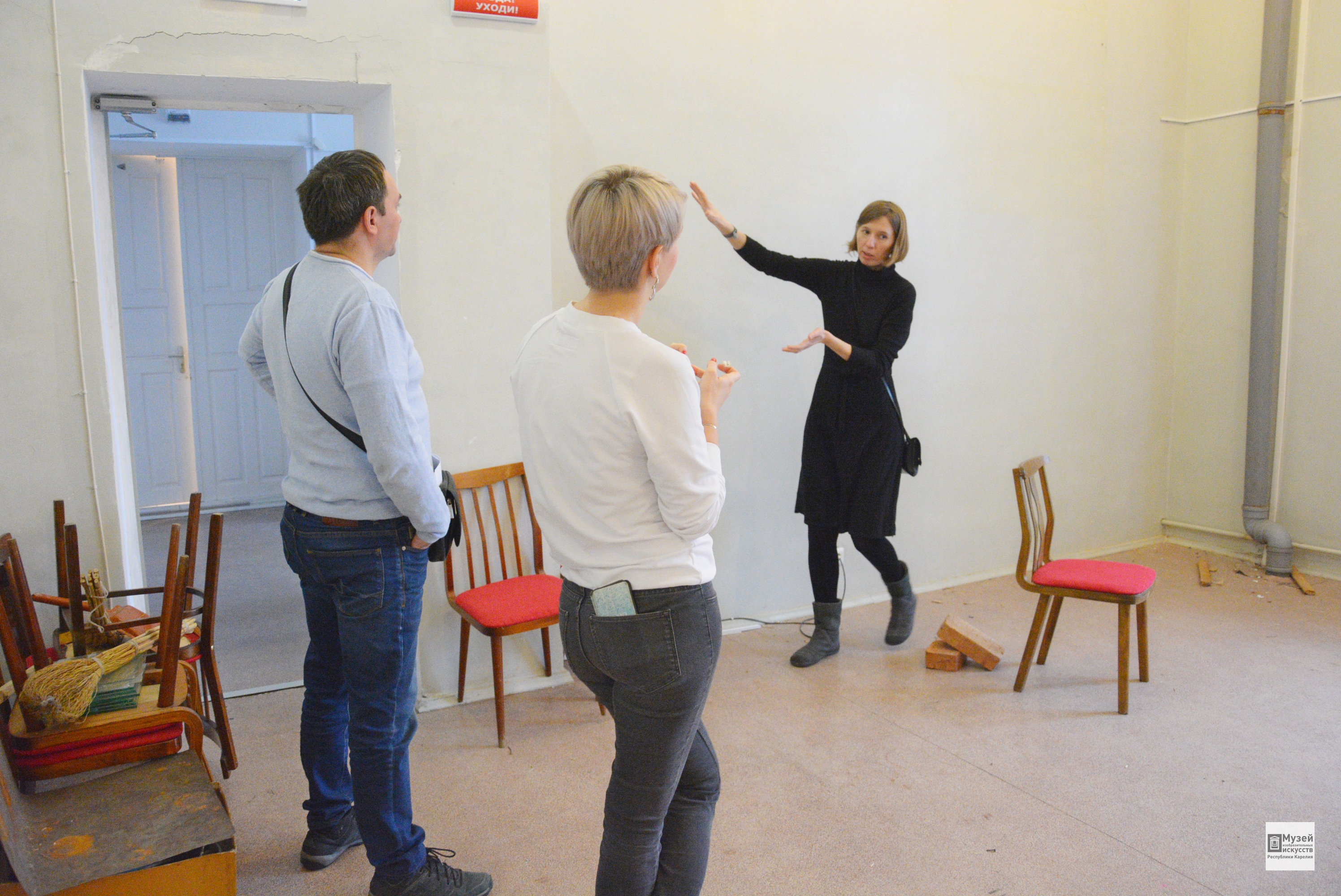 The Museum of Fine Arts of Karelia has a unique Kalevala collection. Today it includes about 700 exhibits. The main part of the collection is the graphic paintings of the artists from  Karelia, St. Petersburg and Moscow.

The Kalevala collection is the most popular part of the Museum Funds; different parts of it are annually shown at temporary exhibitions in the Museum. The Kalevala epic poem is also a plentiful source of inspiration for many artists.

For many years the Museum did not have a separate section of the permanent exhibition dedicated to the kalevala epic poem, where the collection could be shown regularly. Last year the former repository of ancient Karelian icons was moved to another building and the Museum began to create the Kalevala exhibition.

Such an initiative became possible within the project “Museums in focus: the development of cultural services for Chinese tourists” KA9021 (funded by the European Union, Finland and Russia), which aims to create museum services and products for Chinese tourists in the region. The creation of a pilot Kalevala exhibition will be the main part of the project. It implies repair works within the former repository area of about 150 square meters, creation of an up-to-date interactive exhibition, equiped with fire and security alarm systems and a video observation system.

The creation of the Kalevala permanent exhibition in the Museum is a real challenge for the project team, since most of the collection is represented by graphic works that cannot be exhibited for more than 3 months because of their preservation conditions.

On February 21, 2020, the Museum scientific advisory Board approved the exhibition thematic structure proposed by the exhibition curator - Lyudmila Nikiforova.

The work began on developping a design project for the Kalevala exhibition by Anastasia Dubrovskaya, the project designer from St. Petersburg.

We have a long and interesting way ahead and we will certainly tell you about the main stages of creating the exposition. And at the beginning of the next year the Kalevala exposition will start its work for both residents of Karelia and tourists from other countries.