Exposition “Kalevala”: the new exhibition got its name 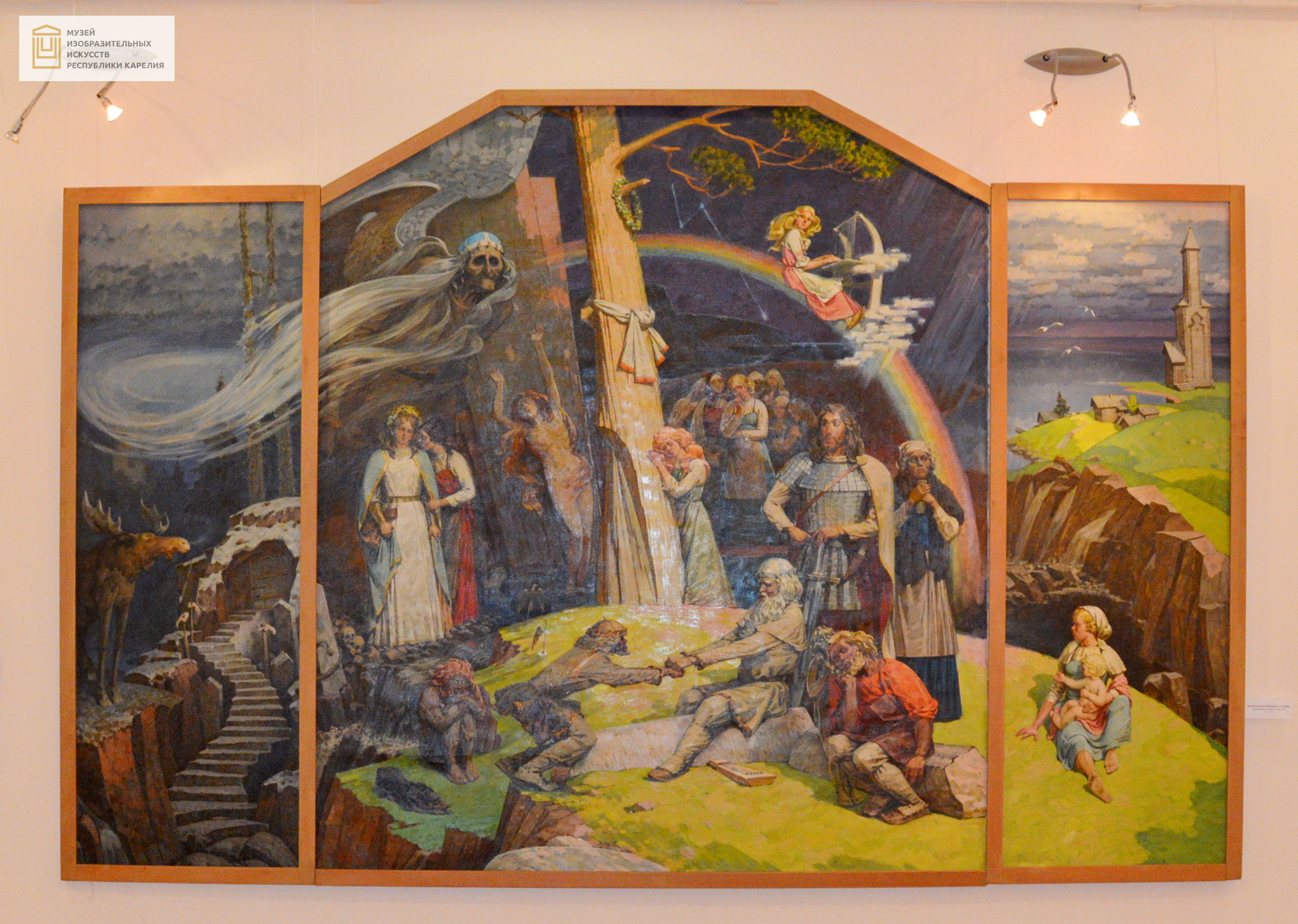 The “Kalevala” collection is the most popular and moving part of the collection of the Museum of Fine Arts of Karelia. We often represent these works at exhibitions not only dedicated to the epic poem itself, but also at personal exhibitions of Karelian artists. “Kalevala” has become for many artists not only a special stage in their work, but also the whole part of their life.

If we follow the archives of museum exhibitions over the past 15 years, we will see such names of exhibition projects as “Heroes of Kalevala”, “In the World of Ancient Runes”, “Living Kalevala”, “Kalevala. A unique heritage”,“Kalevala. Modern look”,“Kalevala. Favorites”, and many others.

A new section of the museum’s exposition dedicated to the Karelian-Finnish epic poem “Kalevala” is being created as part of the KA9021 project “Museums in Focus: Developing Cultural Services for Chinese Tourists” (within Karelia CBC Programme “Museums in focus”). And we decided to call this new section “KALEVALA UNIVERSE”.

The word “universe” has no strict definition either in astronomy or in philosophy. On the one hand, it is something material, available for observation, and on the other, it is infinite, inexhaustible in understanding. This is what the text of the epic poem “Kalevala” appears to us with its everyday details and almost real characters, with a boundless fount of folk wisdom and sacred meanings of plots.

Get together on a journey through the Kalevala Universe! Departure is expected to be in February 2021!