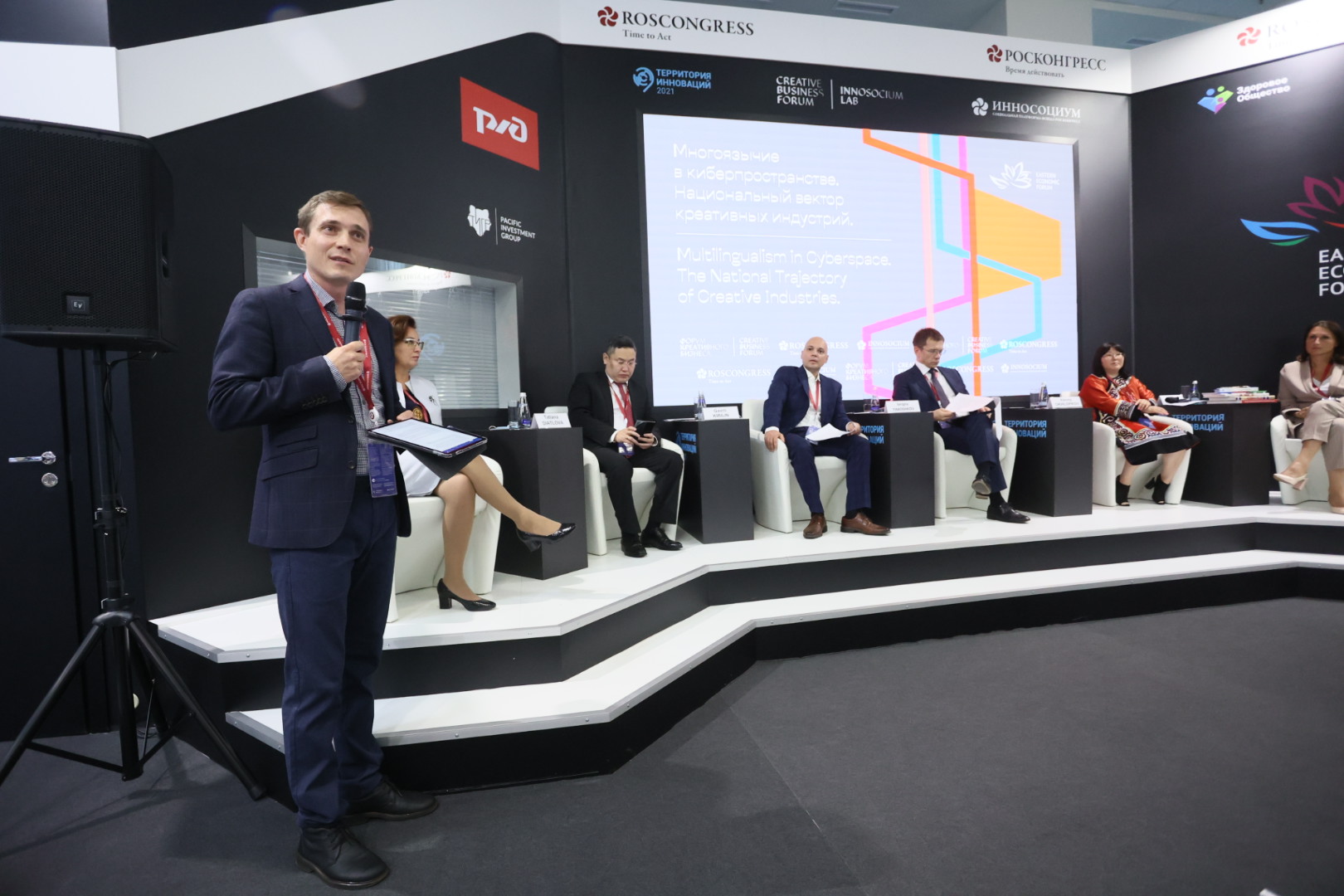 Participants of the Eastern Economic Forum in Vladivostok discussed the role of indigenous languages and cultures in the development of the creative economy.

The discussion was moderated by the coordinator of the CBC Project "Northern Crafts ID" Alexey Tsykarev. According to him, the discussion of issues of linguistic diversity and creative industries at the largest economic forum demonstrates a significant shift in the mentality of states, business and indigenous peoples: "These topics are no longer perceived as exclusively humanitarian and are seen as an important component of the infrastructure of stable and successful economic relations."

Sergei Timoshkov, Advisor to the Head of the Federal Agency for Ethnic Affairs (FADN), suggested focusing on digitalization and creating unique content in indigenous languages. He stressed that multilingual media and educational resources that offer creative people opportunities for learning, development and creativity will be in demand. According to Sergey Timoshkov, the FADN of Russia supports projects that introduce the ecosystem approach and mainstreaming the cultural heritage, traditional knowledge and languages ​​of indigenous peoples. Among such projects is a new initiative of the Association of Ethnocultural Centers and Heritage Organizations ECHO "Northern Crafts and Design", which is now under consideration in the new Presidential Fund for Cultural Initiatives. The project plans to increase the economic potential of creative industries, scale business educational programs in the regions of Russia and develop the collective brand “Crafts and Design of the North”.

First Deputy Governor of the Khanty-Mansiysk Autonomous Okrug - Yugra Alexey Okhlopkov and Minister for External Relations and People's Affairs of the Republic of Sakha (Yakutia) Gavril Kirillin summarized the experience of their regions. In Yugra, they passed a law on supporting creative industries and are bridging the digital divide of indigenous peoples by bringing educational services closer to the inhabitants of the communities with the help of the "IT-Camp" project. Yakutia gave the languages ​​of the five indigenous small-numbered peoples of the republic an official status and began to digitize the linguistic and cultural heritage of the indigenous peoples of the Arctic.

Educational organizations and large businesses can provide meaningful support to indigenous peoples' aspirations to become part of the creative economy. Anna Shabarova, Vice President of the Russian Copper Company, made it clear that investing in the culture and well-being of indigenous communities is an investment in business sustainability. Therefore, the Russian Copper Company publishes literature in indigenous languages. Tatyana Dyatlova, Associate Professor at the Institute of Digital Economy, Yugra State University, shared plans to create a UNESCO Chair on Indigenous Peoples and invited those interested to take part in the forum "The Finno-Ugric Vector to the Creative Economy" to be held in December 2021.

Lyubov Odzyal, President of the Association of Indigenous Small-Numbered Peoples of the North of the Khabarovsk Krai, stressed that the development of indigenous languages ​​depends not only on their representation in cyberspace, but also on how much they are in demand and represented in the daily life of communities. She agreed that the situation is different for each language and requires language planning, which is a priority for the International Decade of Indigenous Languages 2022-2032.

Russia has formed a national organizing committee for the International Decade and is actively involved in the events of the International Year of the Creative Economy for Sustainable Development. This should contribute to the improvement of legislation and support measures, the exchange of experience and the development of creative collaborations. 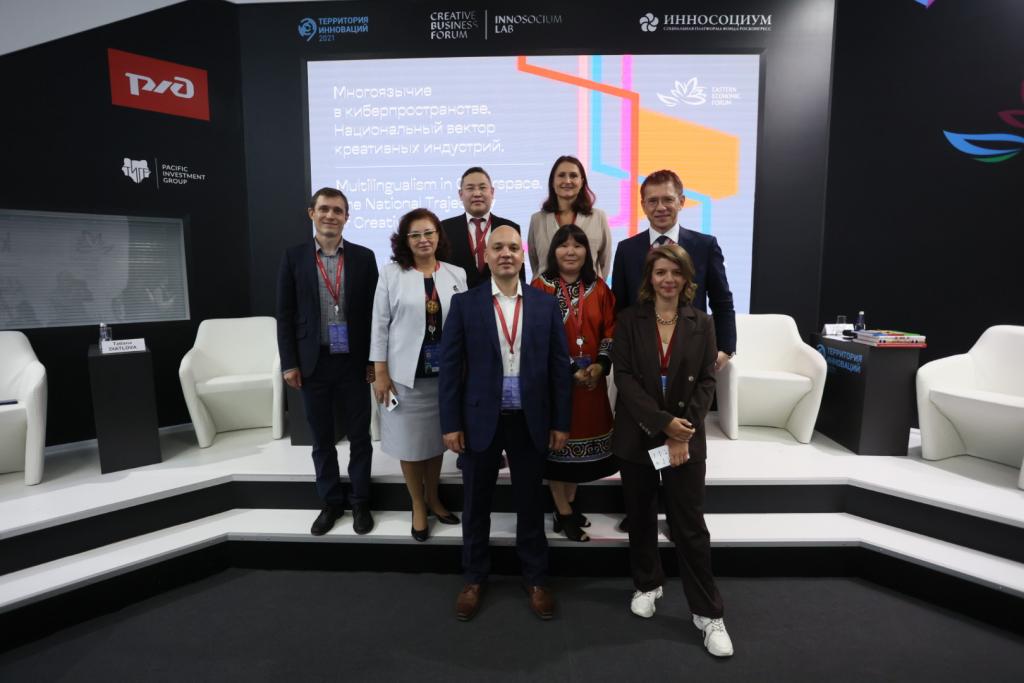 Summing up, Alexey Tsykarev emphasized that multilingualism in cyberspace and the creative economy are intersectoral topics and require the interaction of all players capable of influencing the situation. "Indigenous peoples possess unique knowledge that becomes a source of inspiration and creativity. This should ensure a role for them in the dynamically developing sector of the creative economy and strengthen the social and economic stability of their territories".

The Roscongress Foundation's social platform, the Innosocium Foundation, organized the discussion with the support of the leadership of the Khanty-Mansi Autonomous Okrug - Yugra. According to Anna Sorokina, a representative of the foundation, it will continue to pay attention to the languages and cultures of indigenous peoples with the help of a section on sociocultural initiatives created under the Council under the Government of the Russian Federation for guardianship in the social sphere.

The recording live broadcast is available on the Roscongress Foundation's website.