Dmitry Bazegsky visited the Museum of Fine Arts of Karelia 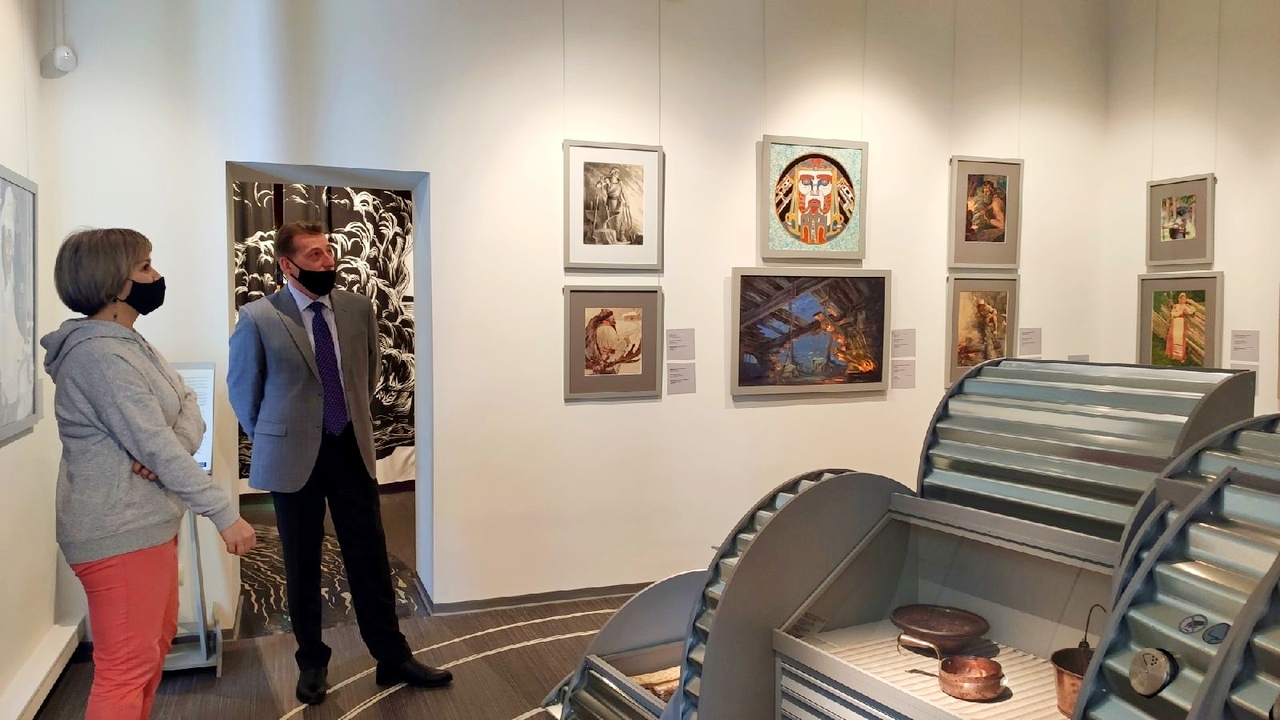 "Museums in focus" is a two-year project. But for the first year, even despite the spread of coronavirus infection and related restrictions, the major events aimed at the development and creation of tourist services and products were completely implemented by the Museum of Fine Arts of Karelia.

During the previous year a great amount of work had been done to create, adapt and modernize museum services and products for tourists: a new system of visual navigation in the museum, the entrance area, and the new section of the permanent exhibition "Kalevala Universe".

On February 28, 2021, a grand opening of a new section of the permanent exhibition took place, dedicated to the Karelian-Finnish epic "Kalevala", which is considered to be a visiting card of the culture of Karelia.

For many years the Museum did not have a separate section of the permanent exhibition dedicated to the kalevala epic poem, where the collection could be shown regularly. Last year the former repository of ancient Karelian icons was moved to another building and the Museum began to create the Kalevala exhibition.

Such an initiative became possible within the project “Museums in focus: the development of cultural services for Chinese tourists” KA9021 (funded by the European Union, Finland and Russia), which aims to create museum services and products for Chinese tourists in the region. The creation of a pilot Kalevala exhibition will be the main part of the project. It implies repair works within the former repository area of about 150 square meters, creation of an up-to-date interactive exhibition, equiped with fire and security alarm systems and a video observation system.

The museum has shared the interim results of the project with the Head of the Petrozavodsk Branch Office of Karelia CBC Programme Dmitry Bazegsky. During the visit, it was noted that the museum kept up with the times, used the best Russian and world practices in increasing its tourist attraction.

The project will be implemented throughout the whole of 2021, and there is still much work to do. But this is a theme for another article!