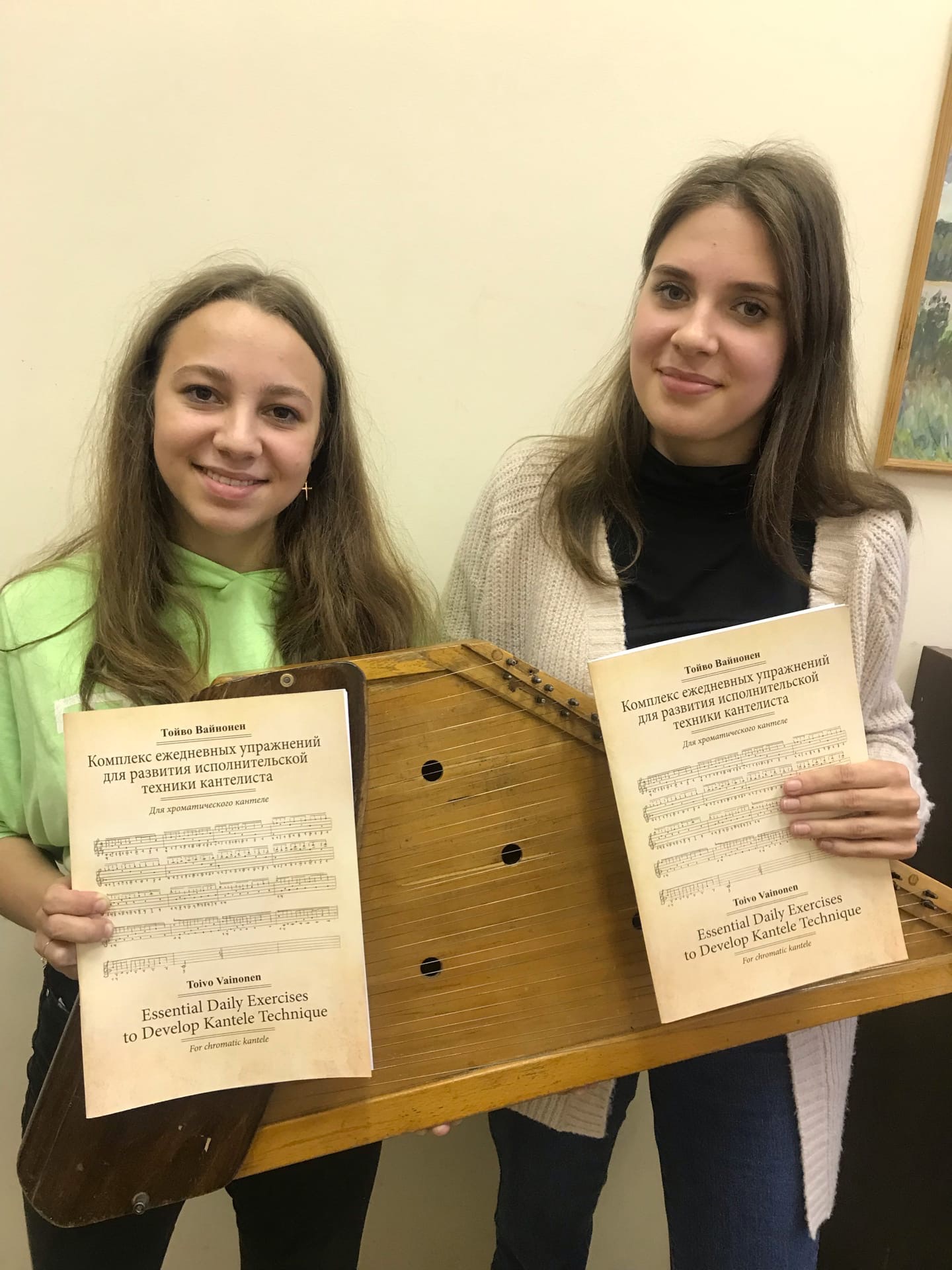 It is a unique edition that connects several generations of kantele players who have dedicated their lives to kantele music. An autograph manuscript by Toivo Vainonen, a music book of carefully written scales, arpeggios and chords, was introduced to the Karelian National Song and Dance Ensemble “Kantele” in 2016 by Valentina Matveeva, Honored Artist of the Republic of Karelia, a chromatic kantele virtuoso and a student of Toivo Vainonen. It was handed over to Valentina Matveeva in 1985 by the author’s wife and muse Sirkka Rikka, a legendary Soviet soprano of Finnish origin, Peoples’ Artist of Russia and Honored Artist of Soviet Karelia, who wished to spread Toivo Vainonen’s music heritage among his students after her husband passed away.

Toivo Vainonen, a great kantele performer and a caring master teacher, was the one who initiated the development of a chromatic kantele and helped to produce the instrument in all its orchestral versions. He shared the idea for the modifying of a traditional kantele promoted by Viktor Gudkov, founder of the Ensemble “Kantele”, and brought his chromatic kantele performing techniques to perfection.

A kantele performer and an ensemble artist with experience, he tried to pass his knowledge on to his students - the ensemble “Kantele” newcomers as well as on to his students at the Palace of the Pioneers, Children’ Music School #1 named after Gelmer Sinisalo, Petrozavodsk Music College and the Petrozavodsk branch of Leningrad Conservatory. He  contributed to the development of chromatic kantele performing and became the founder of the author’s school of chromatic kantele technique.

Toivo Vainonen biographer Irina Semakova in her article “Toivo Vainonen and his school of kantele technique” describes his disputation with Viktor Bednyak, a brilliant balalaika student at the Petrozavodsk branch of Leningrad Conservatory, about technical capacities of  chromatic kantele in comparison with balalaika: they played Rimsky-Korsakov racing through “Flight of the Bumblebee” with equally fast tempo and high accuracy.

The basics of kantele technique by Toivo Vainonen were first published in the joint publication “Guide to Learning the Kantele” in 1985. Thanks to the support of the Karelia Cross Border Cooperation Program, the project “Kantele Goes Global! Ground Zero” is pleased to present the full publication of the autograph manuscript “Essential Daily Exercises to Develop Kantele Technique” by Toivo Vainonen that will become a chromatic kantele study guide to be used by the next generation of kantele players. The publication is edited by Irina Shishkanova, Honored Artist of the Russian Federation and Honored Artist of the Republic of Karelia. It can be requested from the Kantele-GO! manager Olga Vlasova  vlasova1972olga@mail.ru  or  kantele@yandex.ru.

The Kantele-GO! project is financed by the European Union, the Russian Federation and the Republic of Finland within the framework of the Karelia CBC Programme.