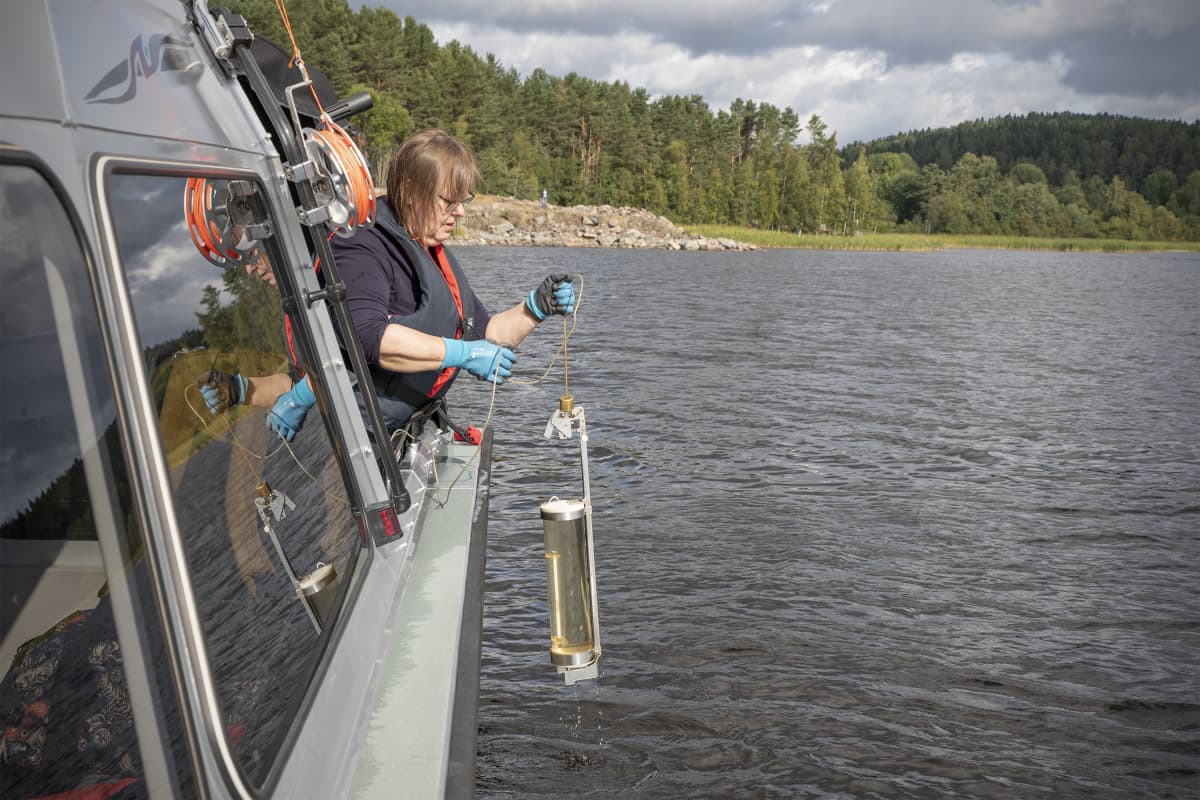 Only toilet paper and solid particles are filtered from wastewater going into Lake Ladoga.

At present drinking water quality in Sortavala is not considered high even by Russian standards. It is literally visible in tap water in the city.

“Actually the water is not bad, but because of the color you would not want to drink it” says Andrey Romanchik, director general of Karelvodokanal.

Today water in Sortavala is taken from Soikkasenlahti, the intake is only 3.5 m deep and only 75 meters away from the shore. Water quality depends on the weather and season, and according to SYKE experts, simple disinfection of water in insufficient.

«Water will meet the quality standards in Russia and the EU»

At the moment the situation is changing because water supply in Sortavala is of interest to Finns as well. A cross-border cooperation project (Karelia CBC) with the budget of 4 million EUR is being implemented that includes construction of a new water intake and water treatment facilities in Sortavala.

A new water intake will be relocated from a shallow Soikkasenlahti bay to Hiidenselka bay, it will be 500 meters away from the shore and 15 meters deep. Water there is considered to be very clean.

According to director general of Karelvodokanal LLC, water purification will also be done in a completely new manner.

“Water will meet all Russian and European standards. People will get clean tap water” he promised.

Finland has its own interest

Primary responsibility for the project is on Karelvodokanal LLC and the project is financed, among other sources, from the budget of the Republic of Karelia. Finnish Environment Insitute (SYKE) is also taking part in the project and they are also interested in putting an end to discharge of untreated wastewater into Lake Ladoga.

Environmental biologist Juuso Pätynen believes that problems should be solved at a very early stage. Ladoga is a place from which contaminants get into the Baltic Sea and the Gulf of Finland through Neva river.

Only toilet paper and solid particles are filtered

One of the problematic places can be found in the center of Sortavala in Lake Läppäjärvi which is in fact a bay of Lake Ladoga. Two sewage pipes discharge almost 1000 cubic meters of wastewater that was only mechanically purified on a daily basis.

“Toilet paper and larger solid particles are stuck on the filter but it is quite a primitive purification method” says Sari Mitikka, limnologist.

However it is a fishing site for Sortavala citizens, some fishers are there at the same time with SYKE experts in respiratory masks during the sampling.

Sari would not want to eat fish caught here.

Environmental biologist Juuso Pätynen is convinced that a lot of work should be done at the bank of Lake Ladoga even after the reconstruction of water supply system in Sortavala.

“We’ll try shutting down sources of contamination one by one. It’s definitely a major task”.

Karelvodokanal hopes that Finnish companies will take part in the project as well. For instance there will be a tender for laying down sewage pipes to the WWTP.

Andrey Romanchik believes that the project will be finished ahead of schedule, in early 2021. 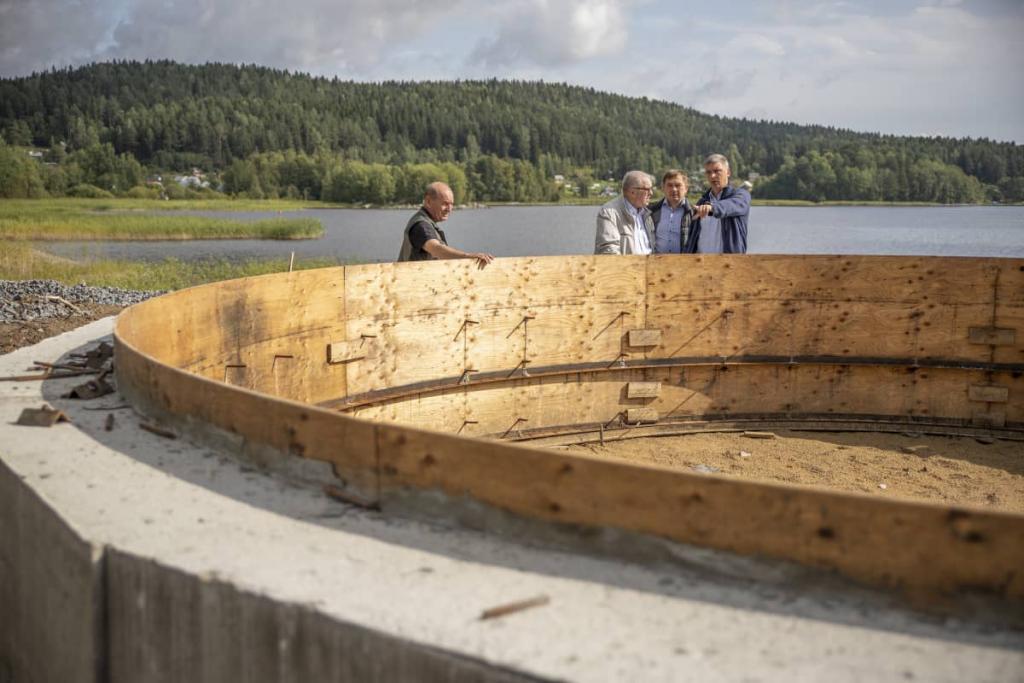 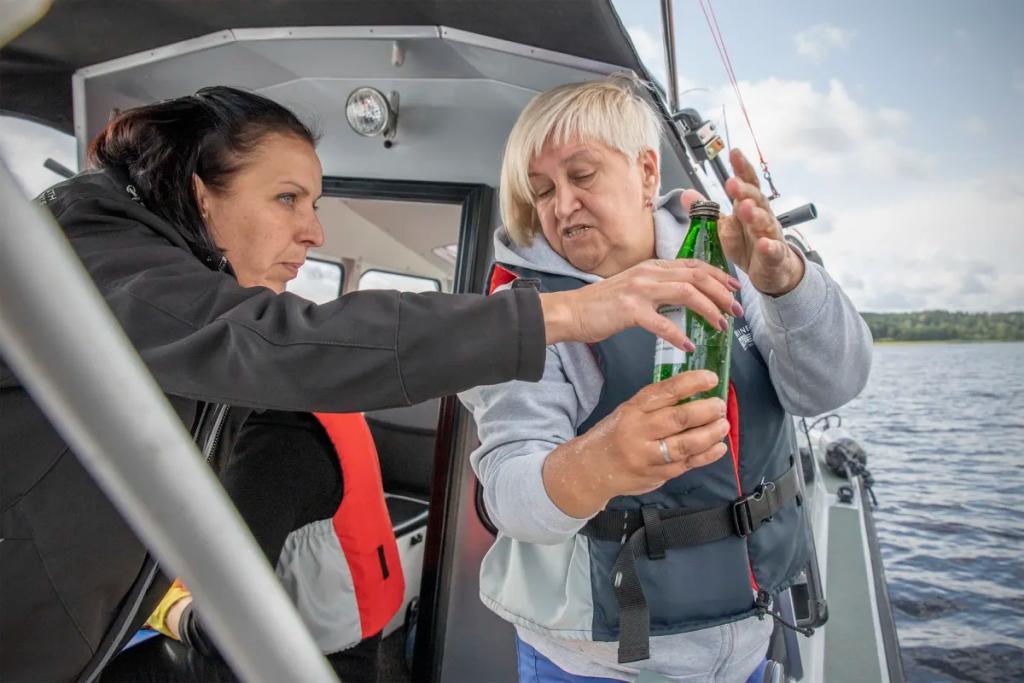