The project is over, but it is not goodbye yet! 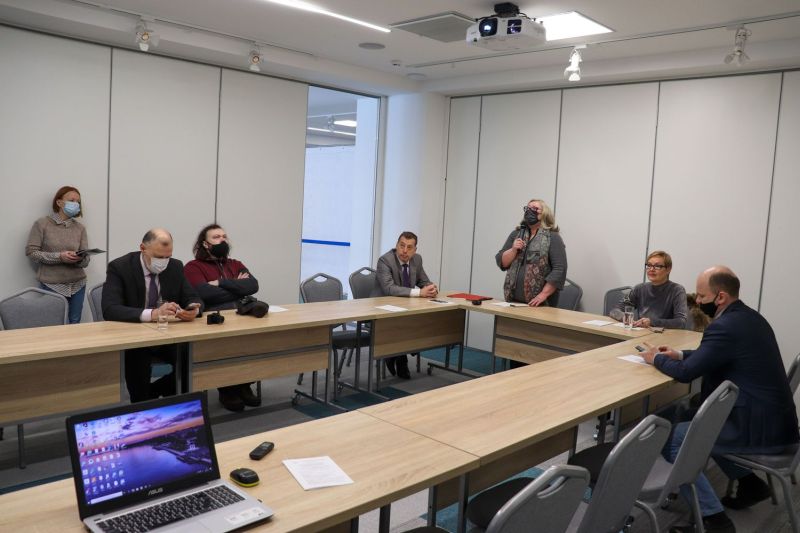 The international project "Kalitka" ended with a series of exciting events: the opening of a culinary studio in Olonetsky district, an online gastronomic festival with the participation of guests from Russia and Finland, and a presentation of the main results in Moscow.

The main goal of all the final events was to promote information about the products developed during the project. According to the organizers, they can make a significant contribution to the development of gastronomic tourism in the border areas of Russia and Finland.

On February 24, a gastronomic studio was opened in the village of Megrega, Olonetsky district. The administration of Megrega rural settlement is confident that the studio will become a socio-cultural center, a new point of attraction on the tourist map of Karelia and a unifying place for the villagers.

On the next day, we held an international scientific and practical conference "Theoretical and practical aspects of the development of gastronomic tourism". The conference participants were greeted by the head of the branch of the Karelia cross-border cooperation program Dmitry Bazegsky and the deputy head of the Tourism Department in the Republic of Karelia Olga Lukina.
“It seems to me very gratifying that despite the pandemic and the associated difficulties in the communication between the Russian and Finnish partners, the project organizers have completed all the tasks that they faced and achieved the stated goal,” said Dmitry Bazegsky. 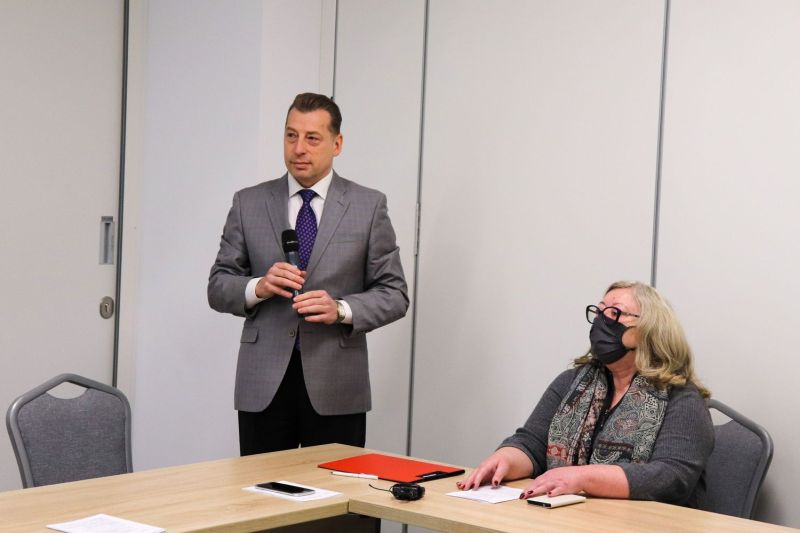 He also noted the work on the popularization of the ideas of gastronomic tourism and ethnic cuisine both in Russia and Finland. In addition, according to Dmitry Bazegsky, projects such as "Kalitka" contribute to the development and improvement of the public catering and restaurant business. In conclusion, he announced that in the new program of cross-border cooperation "Karelia", planned until 2027, cooperation in the field of tourism would most likely be one of the priorities.

The conference participants presented their thematic reports. Of particular interest was the speech of Leonid Gelibterman, President of the International Center of Wine and Gastronomy and a member of the expert council on gastronomic tourism of the World Tourism Organization (UNWTO). He spoke about the current trends in the development of gastronomic tourism in the world and in Russia.

“In 2019, 88.2% of tourists considered regional cuisine to be an important component of the territory's regional brand. 84% considered visiting the country based on its national cuisine. 55.71% changed their opinion about the country after trying its cuisine,” the expert cited the research data. “These figures should be an incentive and a beacon for everyone involved in gastronomic tourism, because only gastronomic tourism can make it possible to change someone’s opinion about a country or region so quickly.”

During the conference, the project manager from the University of Applied Sciences of North Karelia (Finland) Paavo Rappana presented a new recipe book prepared within the framework of the project. 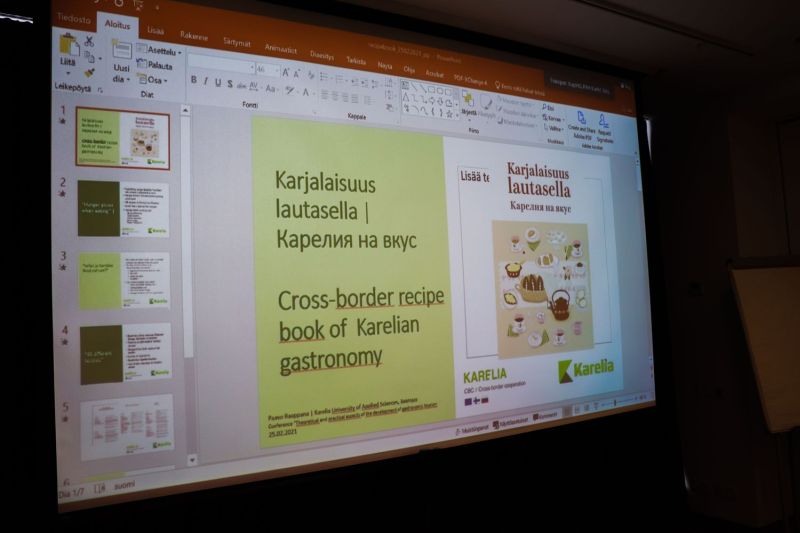 Forgis expert Yevgeny Lopatin told the participants how the gastronomic map and mobile application created within the framework of the project work and what opportunities they give the users. These resources are still open to all food service providers. In order for information about your company to appear in the mobile application, you need to go through a quick and free registration on the website http://kalitka.fi.

Tatyana Morozova summed up the results of the project

“A social experiment should be based on three principles: we must connect institutional systems, take into account infrastructural features and adhere to the rules of research practice. When these three components are combined, there is a chance of a successful implementation of a social experiment,” said Tatyana Morozova and cited the “Kalitka” project as a successful example. 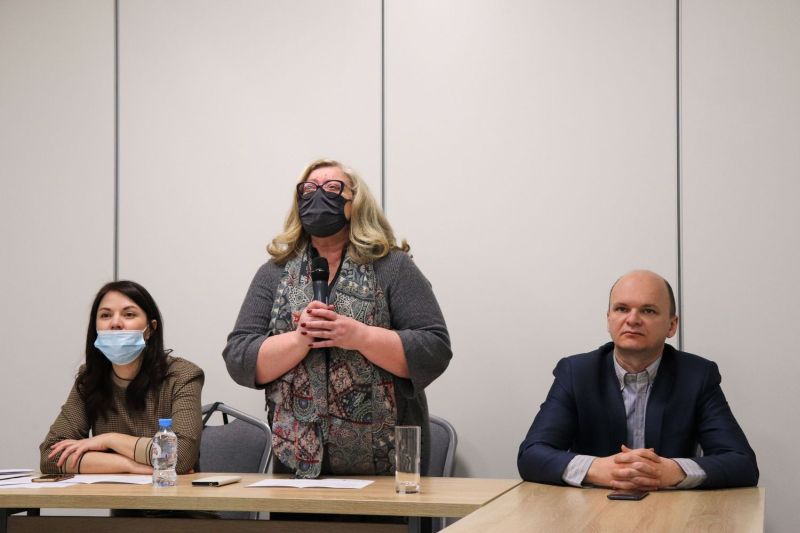 According to her, scientists have a new stage ahead – analysis of the obtained results, which will be reflected in scientific articles.

On February 26-27, the gastronomic festival "Travel with taste" was held online. Its goal was to present the gastronomic potential of the Republic of Karelia and Finland, in particular, through the results of the "Kalitka" project. More than 70 people from ten regions of Russia and Finland took part in the festival: representatives of gastronomic and tourism businesses, restaurateurs, tourism development experts and everyone interested in national cuisines. 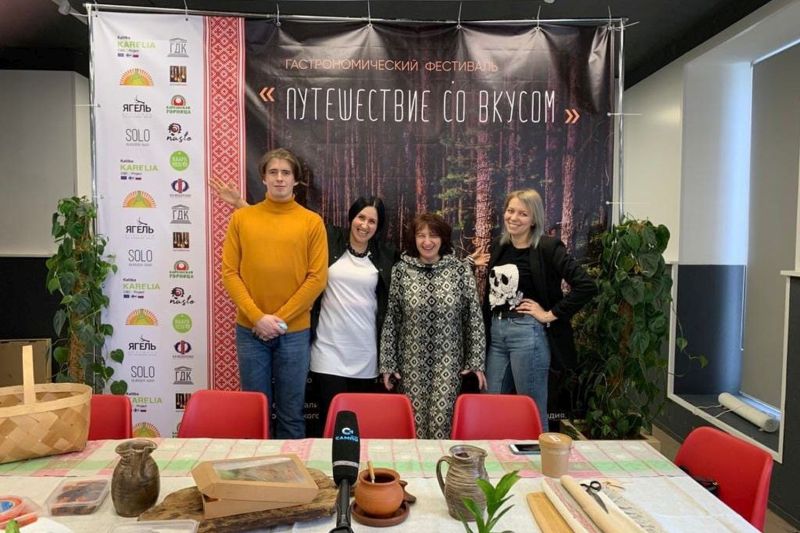 On February 26, in Moscow, with the organizational support of the International Center of Wine and Gastronomy, a presentation of the results of the "Kalitka" project was held for the expert community: representatives of government authorities, travel agencies, the media, gastronomic bloggers and specialists in the field of national cuisine. 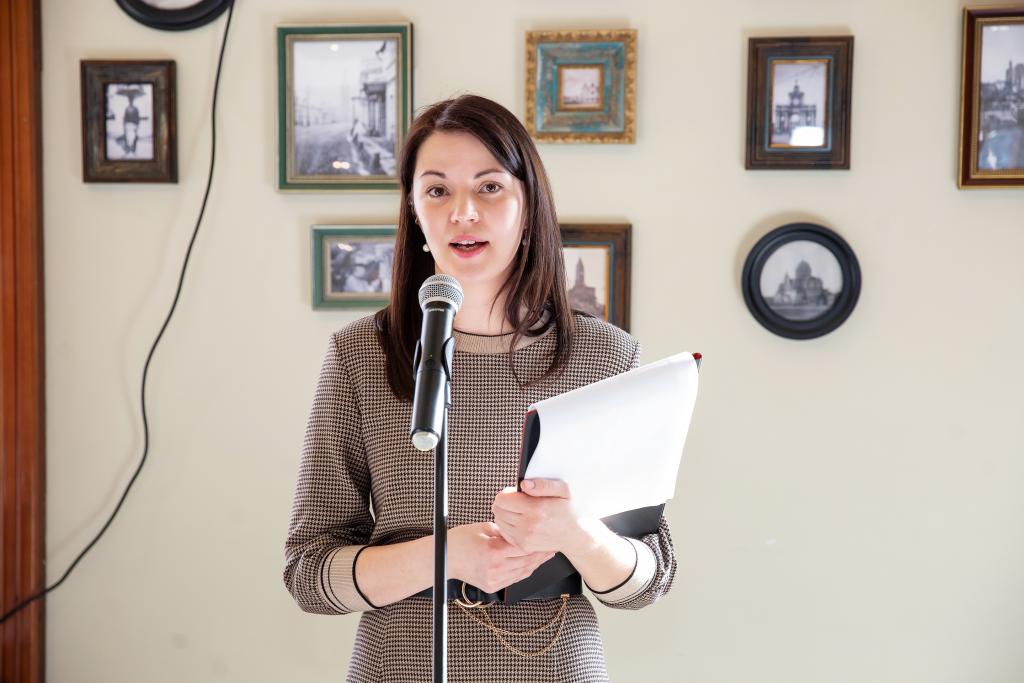 Project Manager and Assistant Director for International Cooperation at the Institute of Economics KarRC RAS Anastasia Vasilyeva successfully presented the main results to the audience: a gastronomic route, a booklet and video material, a recipe book, a map, a mobile application, and received most positive responses.

“We reached agreements on the assistance in terms of information outreach with the participants of the presentation,” Anastasia Vasilyeva said about the results of the trip. “We also preliminarily agreed with the travel companies on the mechanism of including our gastronomic route in their product line. The representatives of federal tour operators explained that they are interested in such programs, providing the participation of a local regional supplier. In this regard, the project team would like to remind that they are ready to give away all the works related to our route free of charge and to assist in its further development. 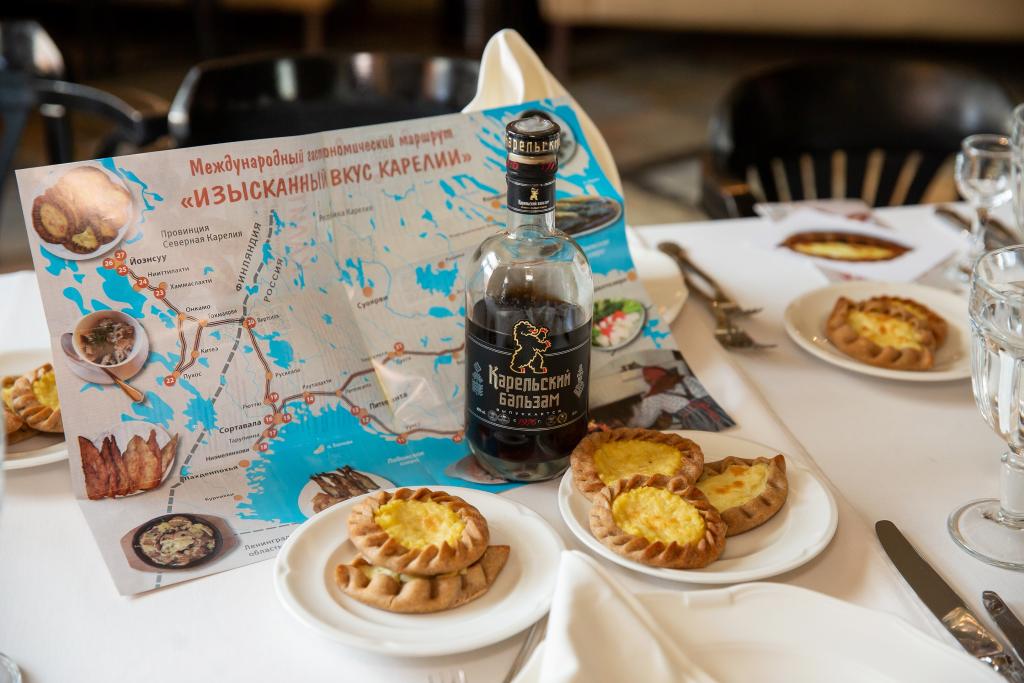 It was possible to obtain high results and to carry out all the activities thanks to the well-coordinated work of the project team, which included the Institute of Economics of the KarRC RAS, the University of Applied Sciences of North Karelia, the Educational Consortium of North Karelia, the Forgis Oy company, OOO Onegotour, KROO Art-Shater, The Megrega rural settlement administration, and with the support of the Karelia cross-border cooperation program funded by the European Union, Finland and Russia. 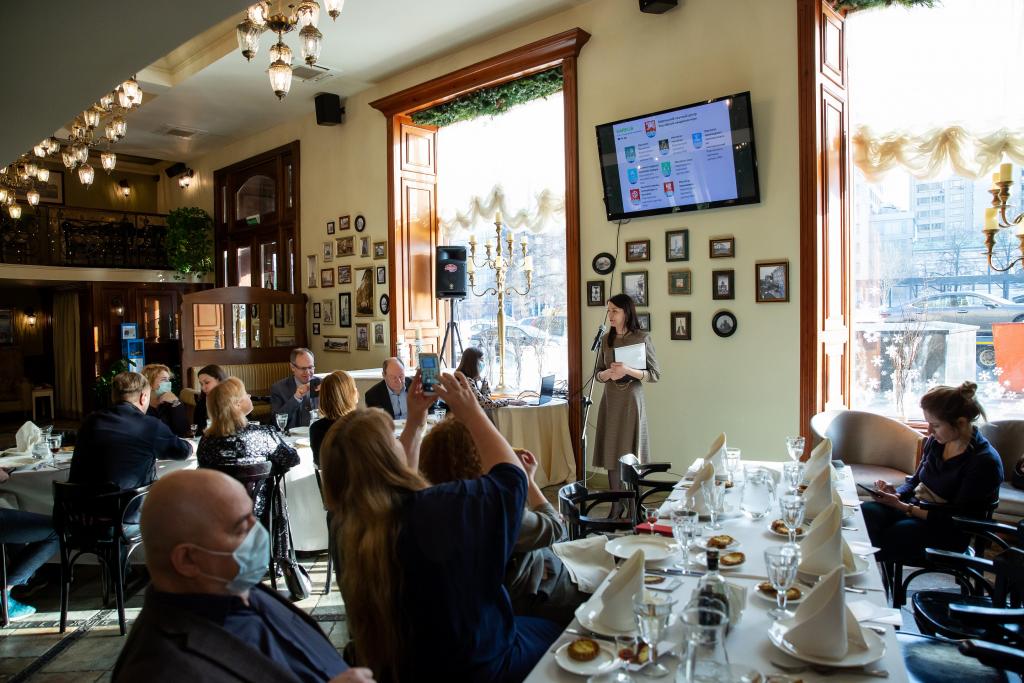 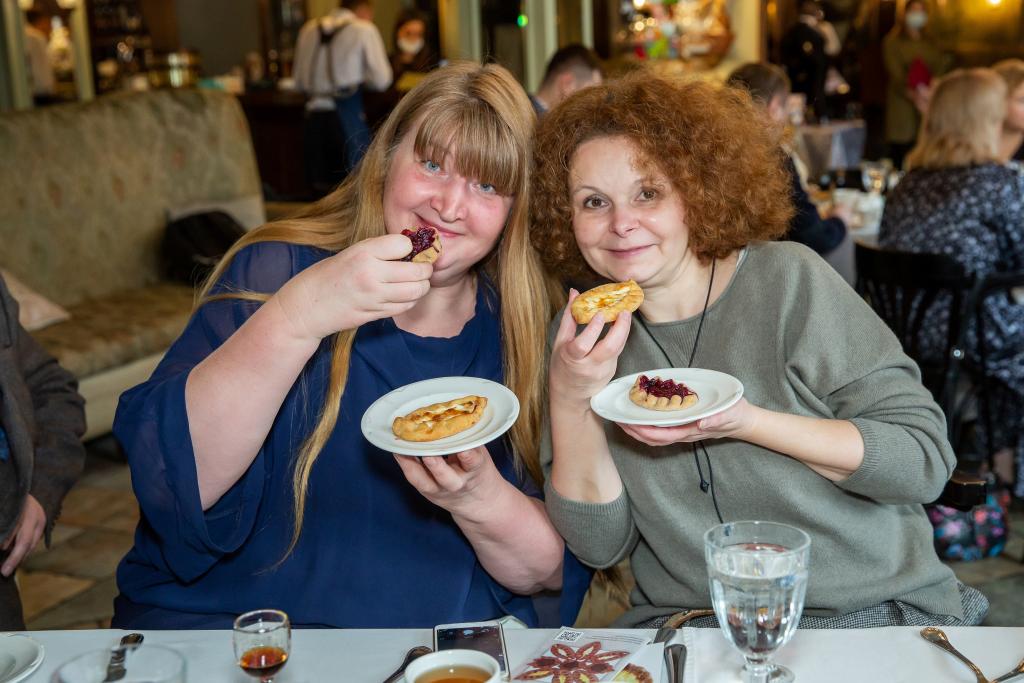 Photos from the project presentation in Moscow by Ekaterina Semashko