Water quality in Rivers Tohmajoki and Koitajoki, preliminary results from 2020

Monitoring of water quality in the rivers is continuing until the end of year 2021, but some preliminary results, based on analyses from 2020, can already be presented.

The best tool to visually observe differences in water quality between upper and lower reaches of Tohmajoki was the aquatic moss Fontinalis dalecarlica. The mosses transplanted in the lower reach of Finnish part were slimy and totally covered by dissolved organic and inorganic matter. Whereas in the upper reach, the mosses were relatively clean after a 14-day incubation in the river. Based on the physical-chemical analyses of the water samples, the difference is likely caused by runoffs of soil particles and organic matter from the watershed of the river. Disruptions of soil surface by forestry and agriculture may have increased the load above the natural level.

The observed aquatic levels of priority toxic metals in Tohmajoki (mercury, nickel, lead and cadmium) were safely under their environmental quality standards set to inland waters. Based on the current moss data, there aren’t clear differences in their bioaccumulation from water to organisms between the upper and lower reach of the Finnish part of Tohmajoki.

Iron and manganese were the only metals that had consistently significant differences between the upper and lower reach of Finnish part of Tohmajoki in both water and moss samples. In the mosses, the largest observed iron level in the lower reach was four times higher than in the upper reach at the same sampling time. Aluminium, arsenic and vanadium levels in water and mosses also rose notably towards the lower reach, but the differences were not as clear as with iron because of fairly large variation between samples. In other elements, the levels generally rose towards the lower reach, but the differences between upper and lower reach were not drastic or variation between samples was large.

Overall, suspended solids and organic matter, and nutrients among them, seem to be the most significant type of load in Tohmajoki, although their sources are different in Finland and Karelia. Based on results from Finland, iron and manganese seem to be the most significant metals impairing water quality in Tohmajoki in perspective of human consumption or household usage. Iron and manganese impair taste and odour of the water and may cause instance stomach irritation, if raw river water is consumed. From the Russian side of Tohmajoki there is not yet metal data, but that will change as the project progresses. In the Republic of Karelia, it was not possible to use aquatic moss to analyse the quality of water, hence the results from Russian part are based on collected water samples. 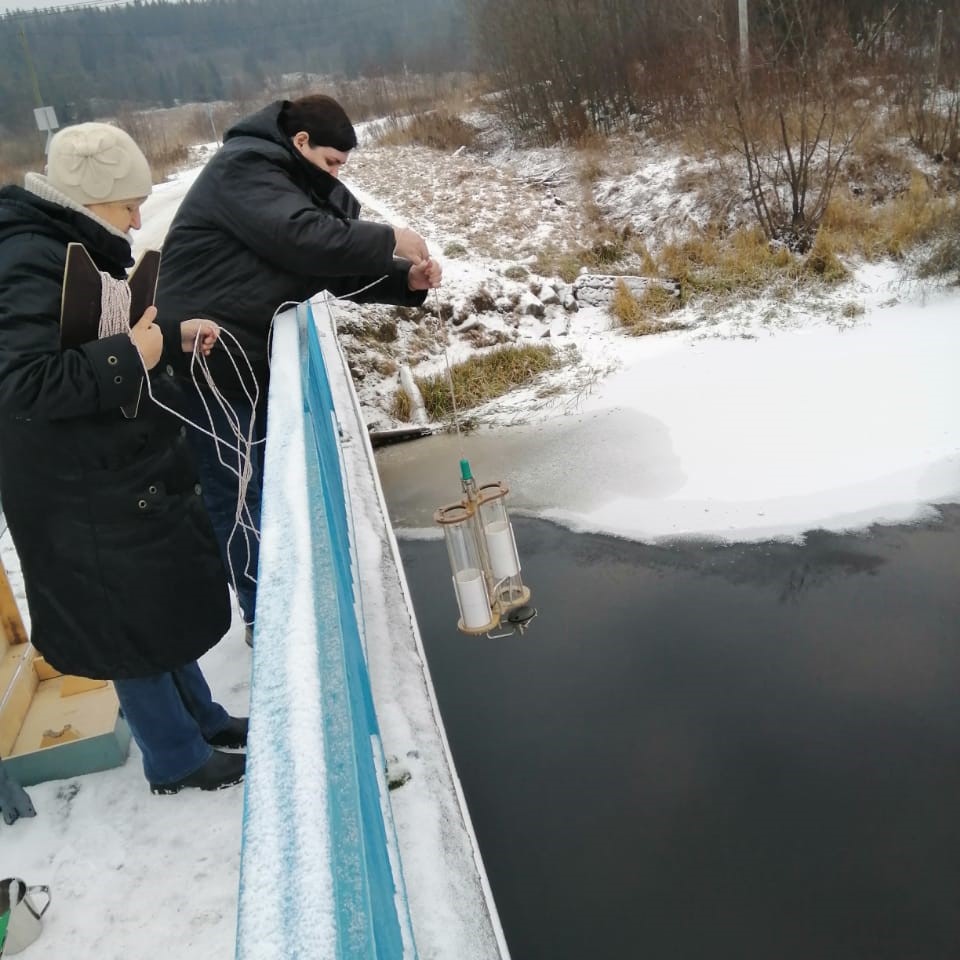 In the upper reach, the watershed of Koitajoki is affected by forestry and peat production, whereas the river area in the Russian territory has mostly been untouched by human activities since World War II.  Based on the results from moss samples, average iron, vanadium, uranium and aluminium levels in Möhkö were approximately half of the average concentrations observed in the upper reach. There were other elements like arsenic, manganese and nickel that showed clearly lower average levels in Möhkö, but not in the same extent as iron. Higher iron, arsenic, vanadium and aluminium levels are probably originated from peat production and forestry activities in the upper reach of Koitajoki. Observed levels of suspended solids in water samples were lower in Möhkö than in upper reach of Koitajoki. In mosses, variation between the samples was large, which hinders interpretation of the suspended solids results. Average levels of the other elements were either on the same scale or slightly lower in Möhkö than in the upper reach.

It might be possible that since Koitajoki area is in natural or almost natural state in the Russian territory, the river’s natural self-purification processes are cleansing the water from the effects of soil use while the river flows for some 50 kilometres in Republic of Karelia. However, verifying this suggestion requires longer monitoring period, since the differences may also be caused by natural variation on water quality.