Big Music for Small Cities will be recorded on a CD 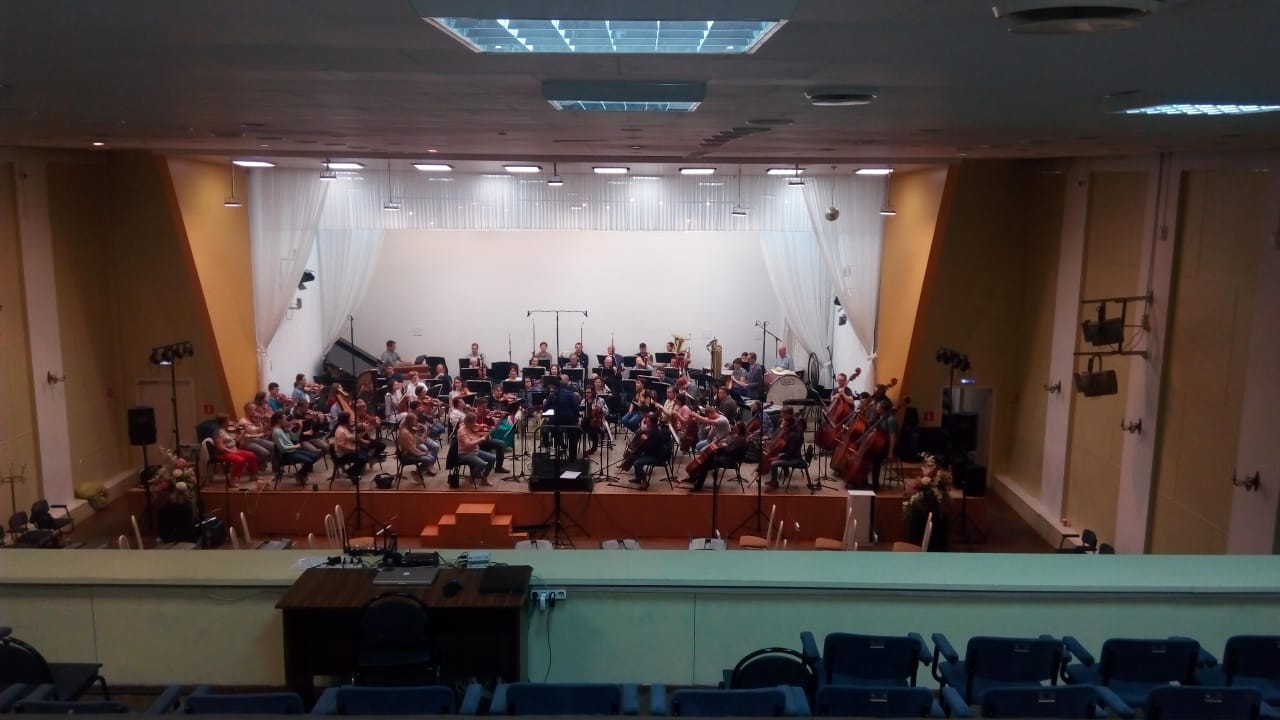 For four days, an audio recording of a symphony orchestra was held in the Karelian State Philharmonic. Within the framework of the Big Music for Small Cities project, a program was recorded that will compose an album for 300 CDs. The program consists of works by contemporary composers, specially commissioned by the project, and also includes well-known symphonic pieces from the classical repertoire.

The album will include the following pieces:

1. The KARELIA SUITE - a collective work of three Russian composers: "Myths and Legends of the Karelian Land" by Ilya Kuznetsov, "White Night on a Forest Lake" by Pavel Karmanov, "Aurora Borelias" by Alexey Kurbatov.

To the music depicting various pictures of nature ("The KARELIA SUITE", "The Hebrides" overture and "Night on Bald Mountain"), as contrast, is the work of the Finnish composer Cecilia Damström. In her work "Nixus" S.Damström reflected the processes occurring in the body and mind of a person suffering from a mental disease. Cecilia dedicated this music to all people suffering from this kinds of illness.

Let us remind you that the premiere of the works "Nixus" and "The KARELIA SUITE" was successfully held in February as part of the 40th anniversary Winter Music Festival in Joensuu, and now, thanks to the project, this music will be preserved in the recording. In addition, it became possible to record the works of great classical composers for the album.

The audio recording was carried out using high-quality equipment purchased for the Karelian State Philharmonic, the use of which will ensure the sustainability of the project's results in the future. 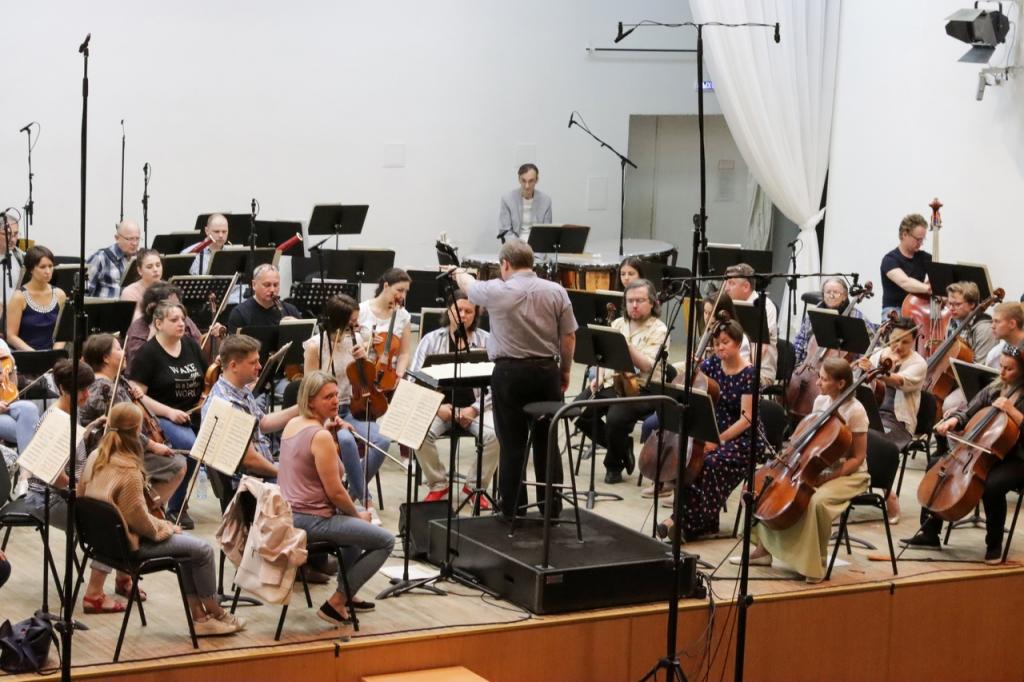 The participants of the process shared their impressions of the work on the audio recording.

“We were happy to return to work on the symphonic paintings by Ilya Kuznetsov, Pavel Karmanov and Alexey Kurbatov” ... Even now, during the recording, our orchestra got acquainted with the work of Cecilia Damström, whose composition Nixus, like "The KARELIA SUITE", was created within the framework of the project, and performed by our Finnish colleagues at the festival. The version of this work intended for recording is somewhat different from the one performed in Joensuu, first of all, in the composition: we worked with the score for a large symphony orchestra."

"The recording took place in a good atmosphere, the orchestra was very attentive and disciplined: during all the rehearsal-studio days there was not a minute wasted ... And it should be emphasized, it was a pleasure to work with wonderful directors, besides, using excellent equipment."

“Originally it was planned that Finnish musicians would take part in the recording, and if such interaction could be realized, of course, emotions would have played with different colors ... Any recording is useful for maintaining and raising the level of the orchestra. The performance of music of different styles, as well as the involvement of high-class experts made it possible to exchange experience - both in terms of orchestral technical arrangements, and in terms of organizing the recording process as a whole."

“Within the framework of the Big Music for Small Cities project, for multichannel recording of a symphony orchestra, we used the latest generation of Universal Audio x8p interfaces, dpa 4099 microphones and a highlight of the system - a set of Nevaton mc59 microphones, made by the manufacturer by a special order of the Karelian Philharmonic. The recording was made using the Universal Audio Luna program on the Mac mini system unit. All of the above has the ability of a remote control, a significant level of reliability and stability of work; allows you to record with the highest quality in any hall in the world." 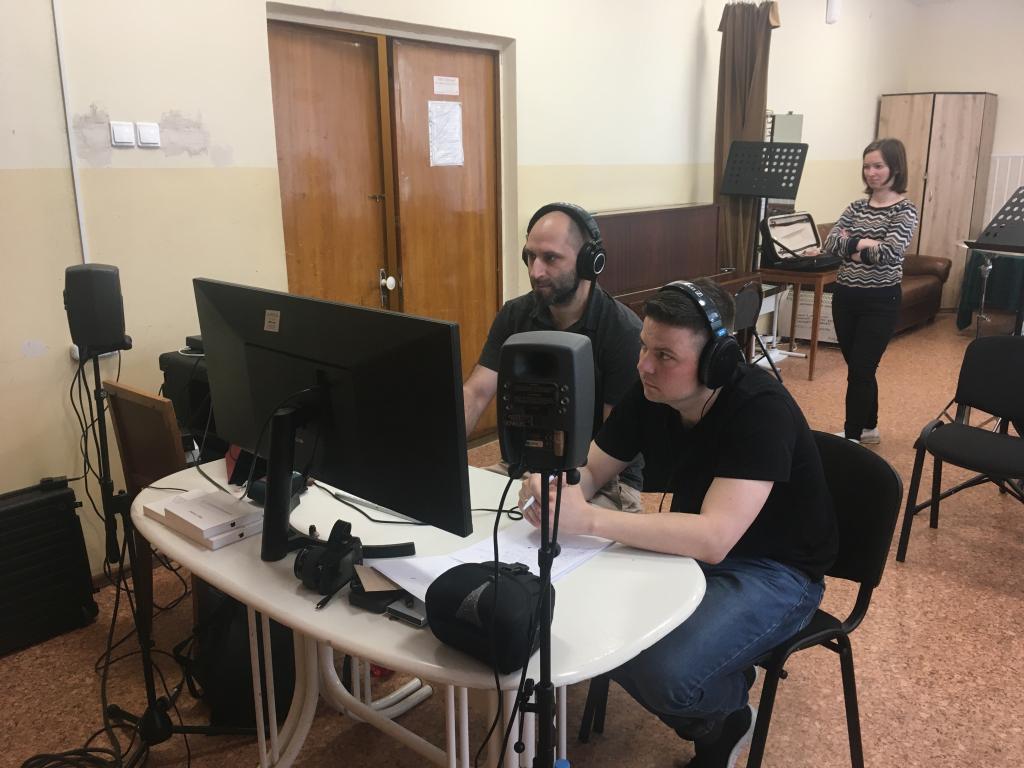 Pavel Timofeev, Studio director (laureate of the International Prize "Pure Sound" in the nomination "For the best audio recording of a concert for a solo instrument with an orchestra", 2019):

“In June 2021, I took part in the Russian-Finnish project Big Music for Small Cities. I was invited as a studio sound engineer for the recording of the Karelian State Philharmonic Symphony Orchestra.

I am very pleased that such a major recording made by the Karelian Philharmonic Orchestra took place with my participation. The equipment acquired within the project is really of the highest class: it is a pleasure to work with both an audio interface from Universal Audio and a microphone set. Separately, I will dwell on Nevaton microphones - these “kids” are of excellent quality, they are ideal for working with a symphony orchestra! The professionalism of the musicians and the chief conductor Anatoly Rybalko made it possible to record material with a minimum number of times, by large parts ... All the compositions created for the project are so atmospheric, imaginative, picturesque. They will not leave anyone indifferent, I am convinced of this!". 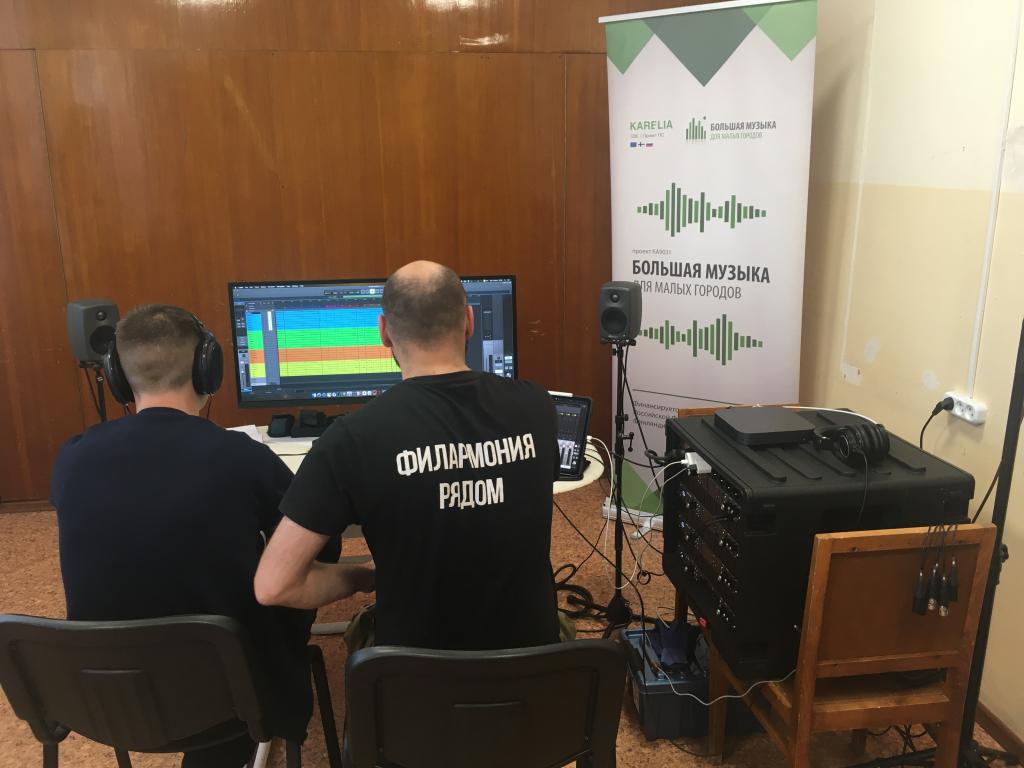 Next, the technicians will have to mix all the recorded material and make CDs. In the meantime, the team members are engaged in the visualization of the CD and are thinking about how to organize the process of their distribution so that they are in the safe hands of those who really need them.

Audio recording and release of the CD, like all other project activities, became possible thanks to the Karelia CBC Program. The members of the project team are pleased to admit that, despite the closed borders, albeit with adjustments, they still manage to carry out their plans, providing specialists in their fields with a space for creativity, gaining experience, acquiring new skills and revitalizing the creative component of life in cross-border territories.