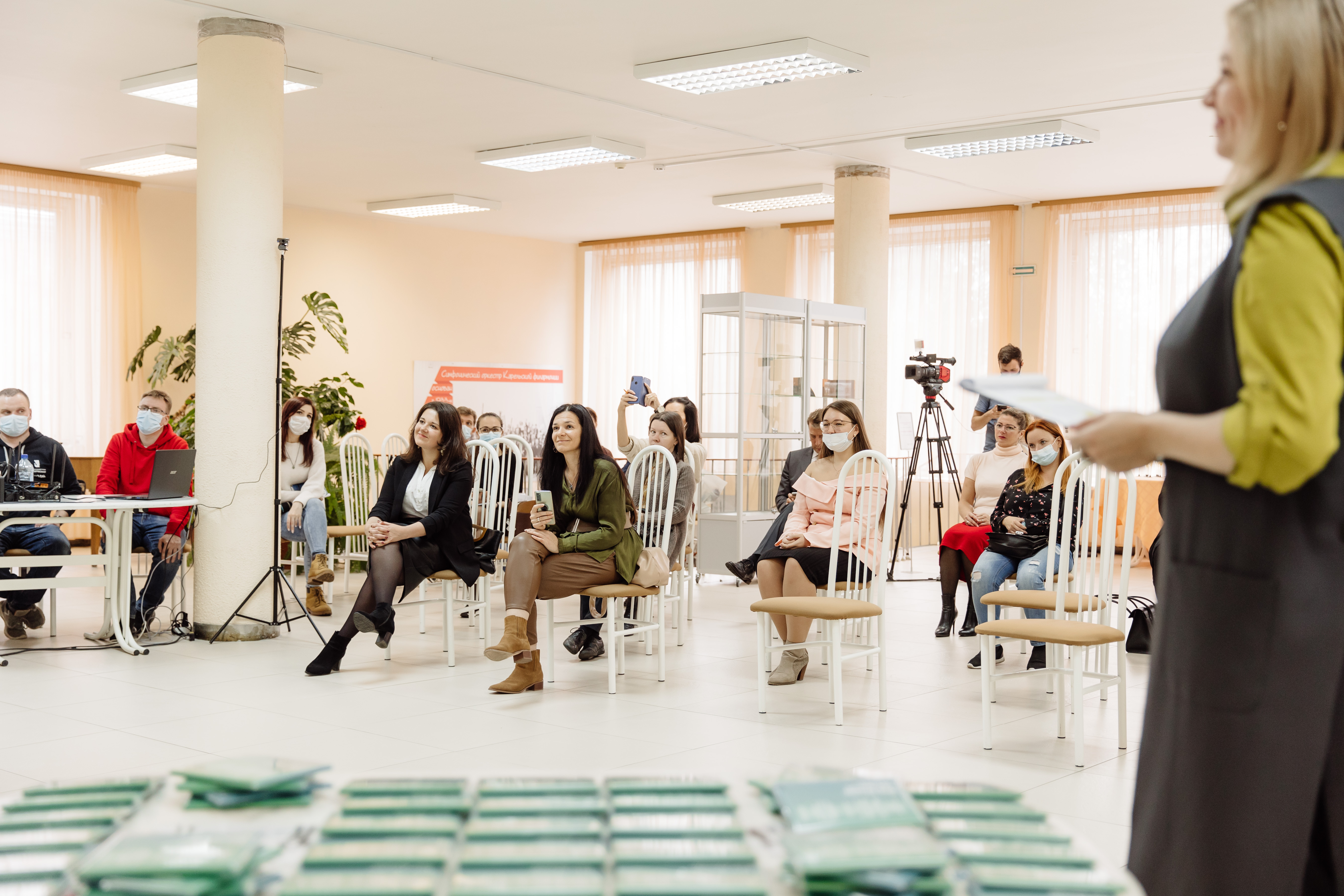 Presentation of a CD “Big Music for Small Cities” released as one of the results of the same name project took place on September 23 at the Karelian Philharmonic. The CD not only gives the opportunity to the academic music fans to enjoy the pieces of contemporary Russian and Finnish composers, but also to take advantage of the historic classic. The presentation reflects the results of two year work which was organized across the Russian-Finnish borders. 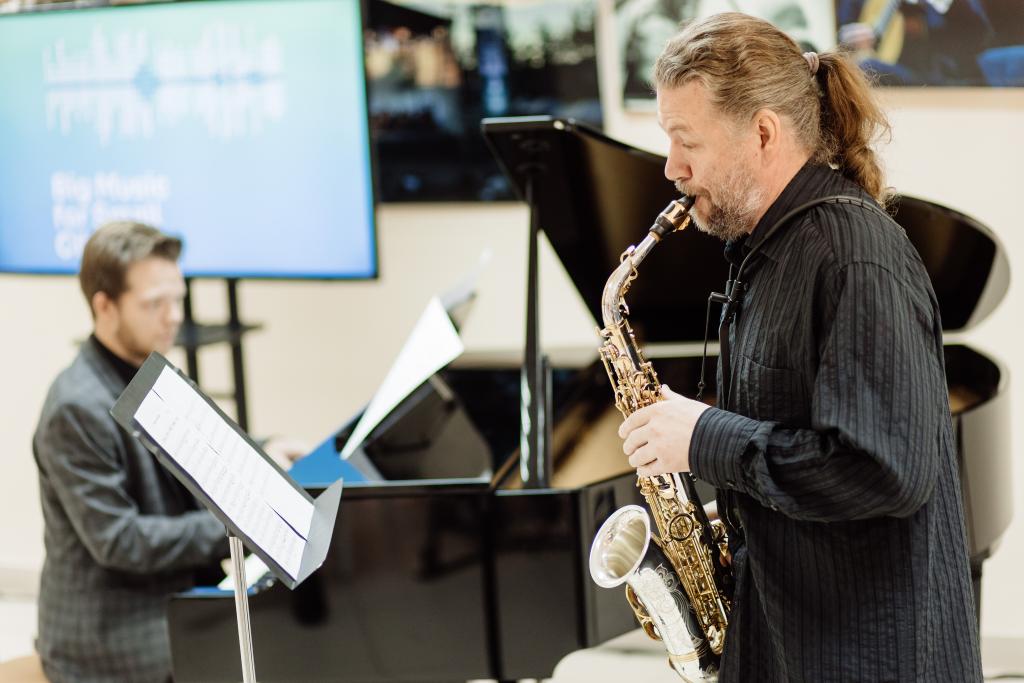 The presentation took place in a European way restrained, which only made the ceremony more solemn. As a Philharmonic tradition, everything began with music. Petrozavodsk musicians Aleksey Talitsky (piano) and Kirill Bulgakov (saxophone) played a piece by Pavel Karmanov “Second Snow on the Stadium”, and it took genuine applause. And the next short but capacious speeches of the participants aroused interest of the guests and the mass media.

It should be said that the Big Music for Small Cities project, which was launched in February 2020, is eventful. It aims to combine resources in the field of culture, art and creative industries to develop an attractive cultural environment and create opportunities for small cities in the border region of the Republic of Karelia (Russia) - North Karelia (Finland) to become points of attraction.

One of the brightest events of the project that was enabled by the project was the first talk show in Russia devoted to the topic “Light as Art” with participation of international light artists.

Alongside, specially for the project composers from Russia and Finland wrote the symphonic music, high level professional equipment was purchased for audiorecording big musical teams. A special music program was elaborated for the Karelian Philharmonic orchestra to play, and it was recorded on a CD called as the project – Big Music for Small Cities.

The audio recording of the orchestra took place in June 2021. The sound recording equipment purchased under the project made it possible to carry out work within the Karelian Philharmonic. To implement the idea, an authoritative expert was invited - Pavel Timofeev, studio director, laureate of the International Prize "Pure Sound" in the nomination "For the best audio recording of a concert for a solo instrument with an orchestra - 2019".

In addition to the classics, the Hebrides overture by Felix Mendelssohn and the musical picture Night on Bald Mountain by Modest Mussorgsky, the album includes musical works commissioned specially for the project: the three-part KARELIA SUITE by Ilya Kuznetsov, Pavel Karmanov and Alexey Kurbatov and Nixus by Cecilia Damström.

The Karelia Suite and Nixus were already demonstrated publicly within the 40-th Joensuu Winter Music Festival, which, due to the project, was rebranded, and the concerts, supported by the project became very popular among the audience.

The disc “Big Music for Small Cities" will be replicated in the amount of 300 copies and distributed among the participants of the project's partner network in the border region.

The CD presentation took place within the European Cooperation Day of the Karelia CBC Programme’s activities. 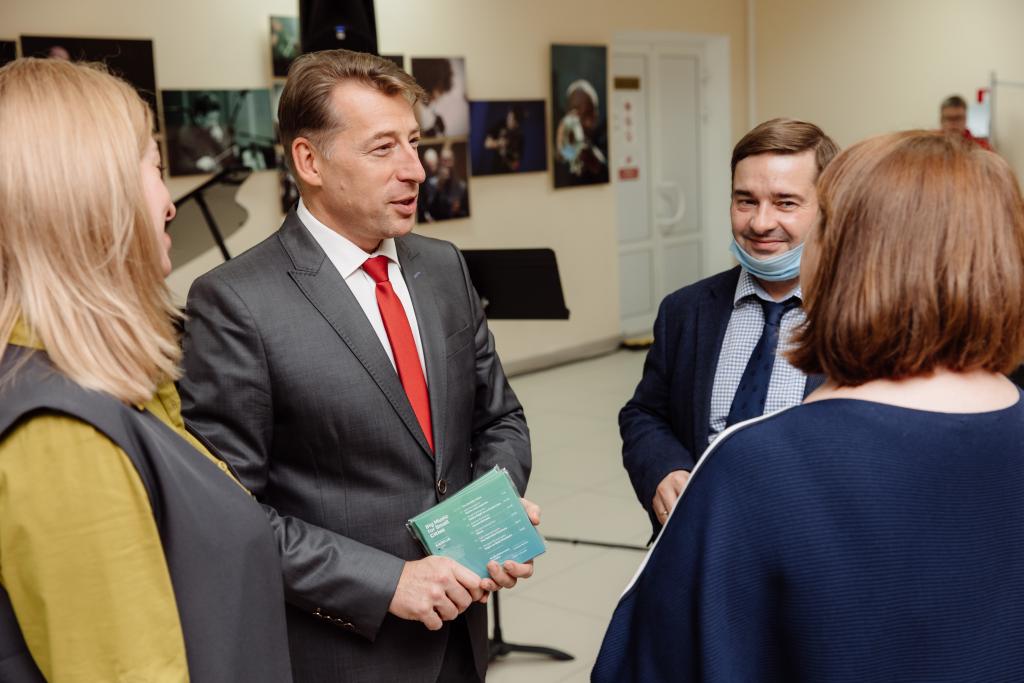