Theatre summer camp and "The Art of Movement" workshop is over 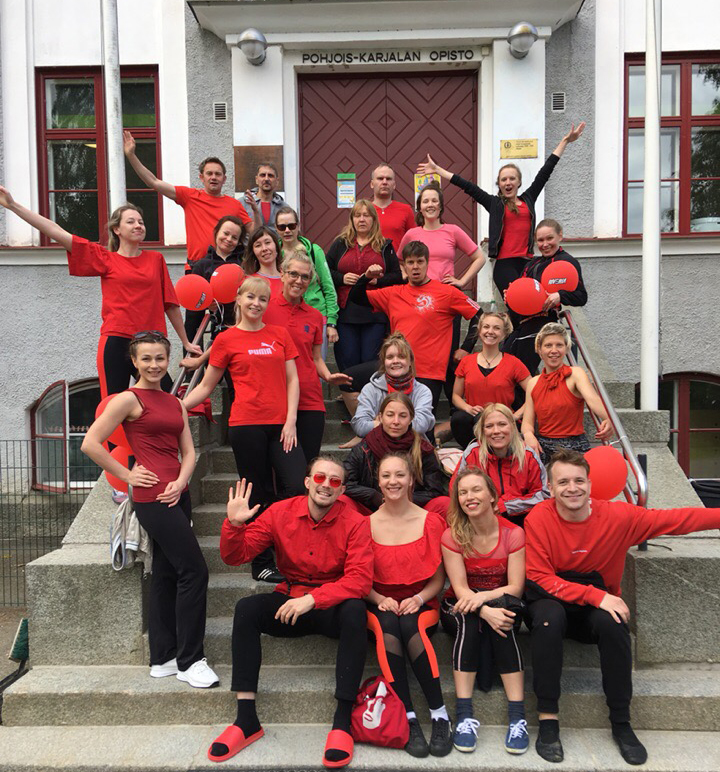 Theatre summer camp and "The Art of Movement" workshop held in Niittylahti (Finland) is over.

It was an incredibly warm week, filled with the joy of creativity!

20 actors took part in the workshop. 10 Russian actors from the State National Theater of Karelia and 10 actors from Finland. Among Finish representatives were freelance actors, students of theatre universities, as well as artists from Joensuun Kaupunginteatteri, Kulttuuriyhdistys Louhi, Pohjois-Karjalan kansanteatteri, Teatteri Forte, Ihmisen Teatteri. Anna Kalashnik and Evgenia Arekhovskaya from the information, advertising and project department of the State National Theatre of Karelia, as well as the sound designer Alexey Vasilyev, took part in the workshop.

Every morning began with trainings by Vyacheslav Polyakov, actor of the State National Theatre of Karelia. Elements of contact improvisation, yoga, coordination exercises and the removal of clamps were included in it. Exercises also involved working in pairs, which was a necessary component for further workshop. The ability to feel and understand the partner at the non-verbal level was one of the tasks of the workshop.

The director of the workshop was Tiia-Mari Mäkinen, a Finnish theater professional with a wide experience of movement based theater. Artists touched the Lekok technique, based on movement and plastic. Awareness of movement is the focus of the method. Artists studied the analysis and interpretation of movements.

After studying the basic series of movements and working on building a common rhythm, the participants came into contact with different theatrical genres and tried to study them through bodily practices. The course then schedule was based on an independent study, the so-called auto-cours. The head of workshop Tiia-Maria identified the plots for small performances, the presentations of which took place on the last day and became a joint team work of participants divided into 2 groups.

The presentations reflected the acute social problems of modern society. The actors were charged with a single energy and a single emotion. Nobody fell out of the general creative flow. The final shows responded in the hearts of both the participants and representatives of the project administration.

During the time spent in the theatre camp, all the participants, indeed, became one! Participants spoke the same theatre language, completely bypassing the linguistic barrier. Tiia-Mari brilliantly coped with the task of finding the keys of mutual understanding. 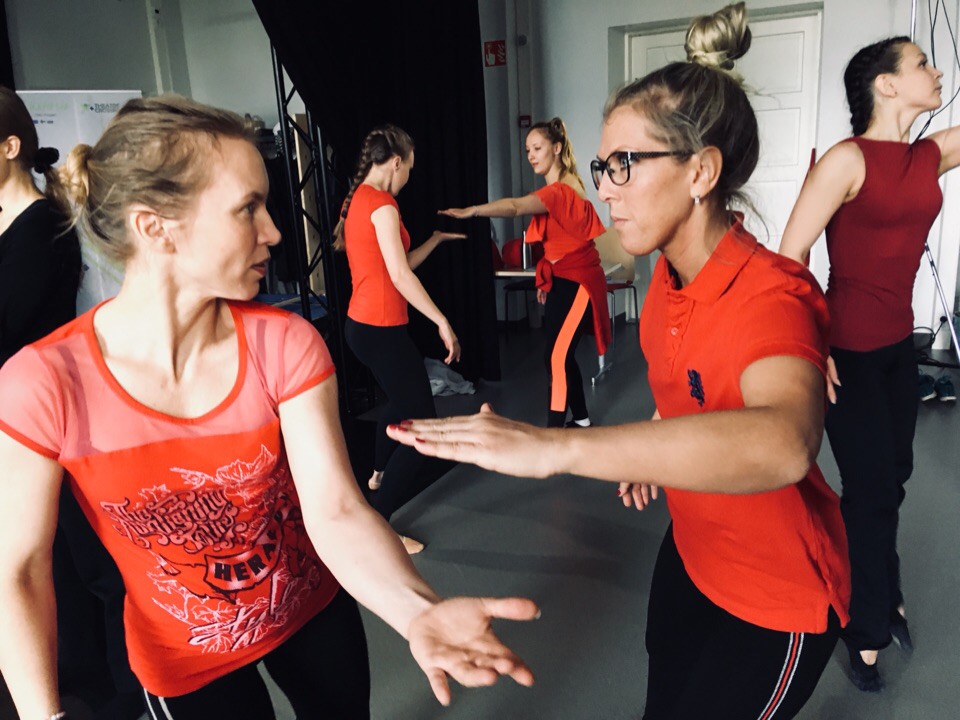 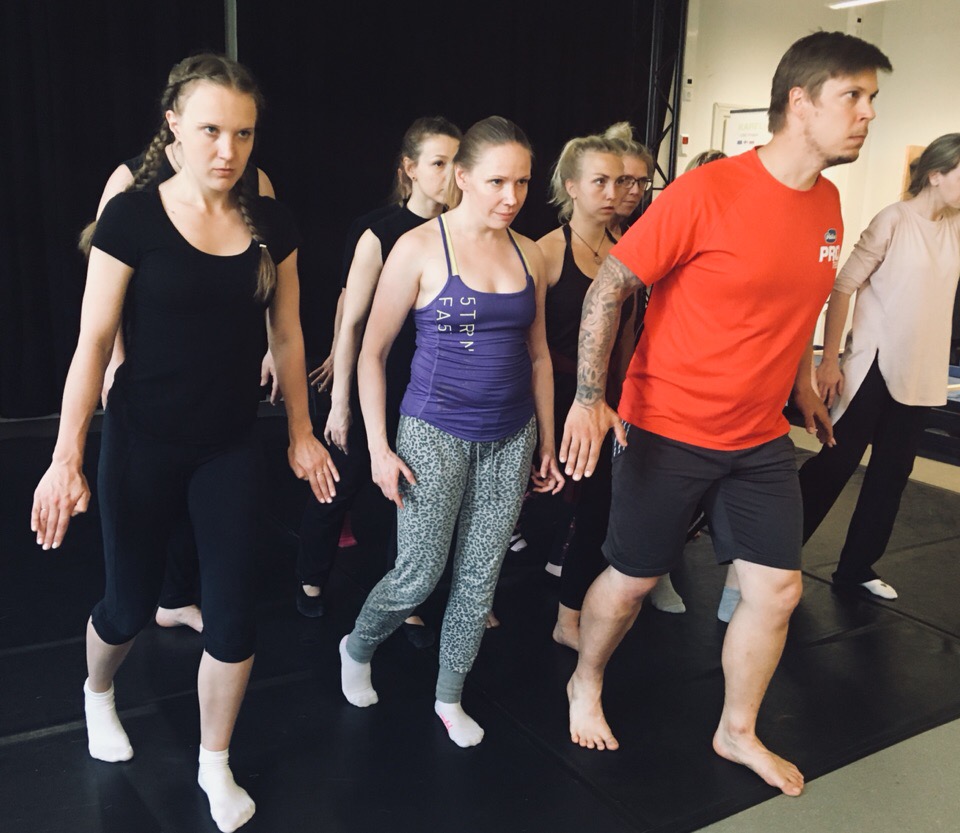 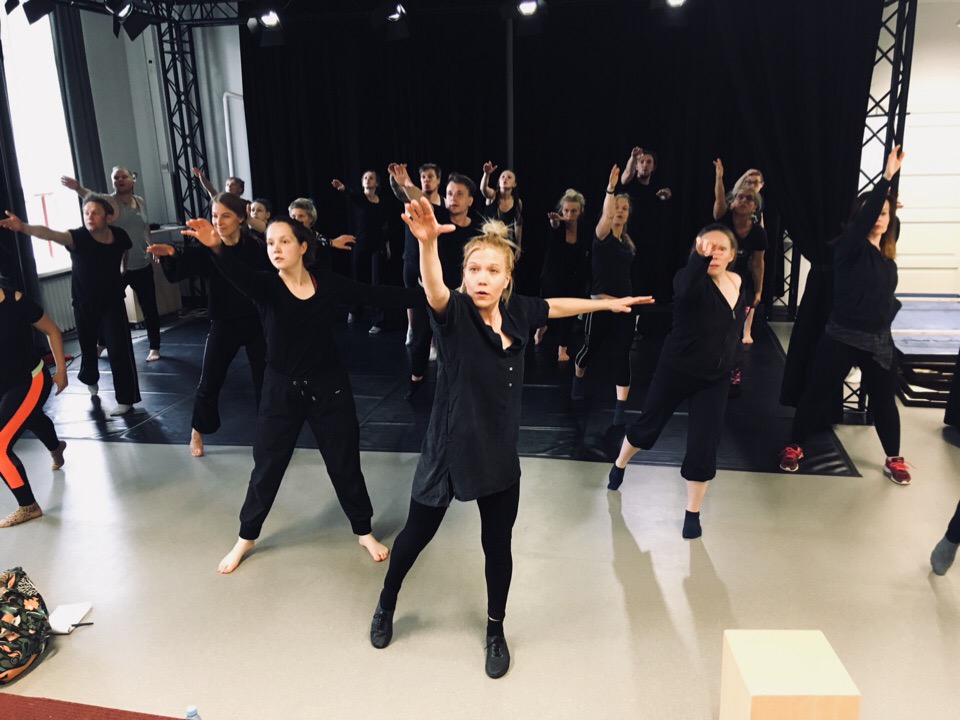 Stocktaking and presentation of certificates took place after the final shows.

Irina Shumskaya, the director of the State National Theatre of Karelia and the head of the «Theatre Crossroads» project highly appreciated the work done by director Tiia-Mari Mäkinen in collaboration with Vyacheslav Polyakov. Irina Shumskaya drew attention to the fact that participation in such workshop allows the actor to lose too much and reveal the true nature of a man. It is evident that the artists became close, found a common language with each other. She emphasized that teamwork is focused on the future, and its analysis will also help in achieving a good result in the future.

Janne Hyytiäinen - actor, teacher and person in charge for the summer theatre camp based on the educational concern Riveria, drew attention to the excellent acting training of the participants, their sincerity in work and a clear desire to comprehend new elements.

Anna Tomchik, «Theatre Crossroads» coordinator from the Russian side, summed up the project activities starting in autumn 2018, drawing attention to the obvious growth of competencies of all participants and excellent intermediate results. She thanked everyone for the coordinated work and wished further success!

Tiina Ynnilä «Theatre Crossroads» coordinator from the Finnish side, also noted that there was an excellent international team that is ready to take part in a summer theatre camp in 2020 and show a full-fledged theatre product in the upcoming tour.

The actors also expressed their impression about «The Art of Movement» workshop. All spoke positively about the Lekok method and the importance of the acquired tools for further professional work. Russian participants noted an increase in their level of language skills. Artists of both countries wished to take part in further joint work, noting that international cooperation helps to understand each other’s culture and mentality, promotes the free exchange of ideas and knowledge, develops and expands the professional and personal capabilities of each.

On behalf of both countries, all participants were given memorable gifts. 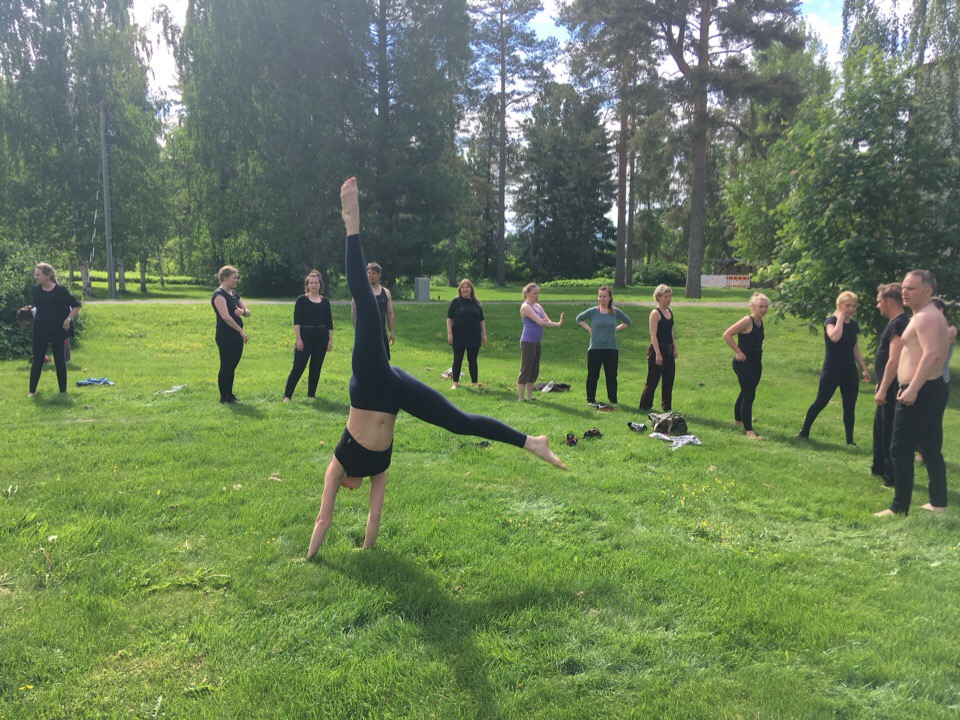 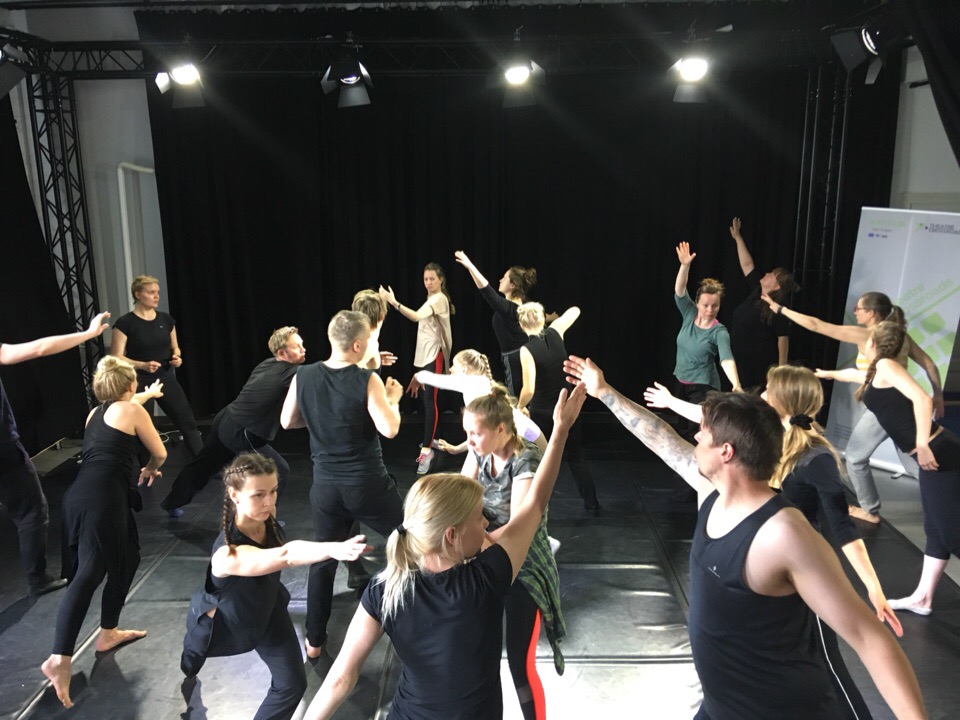 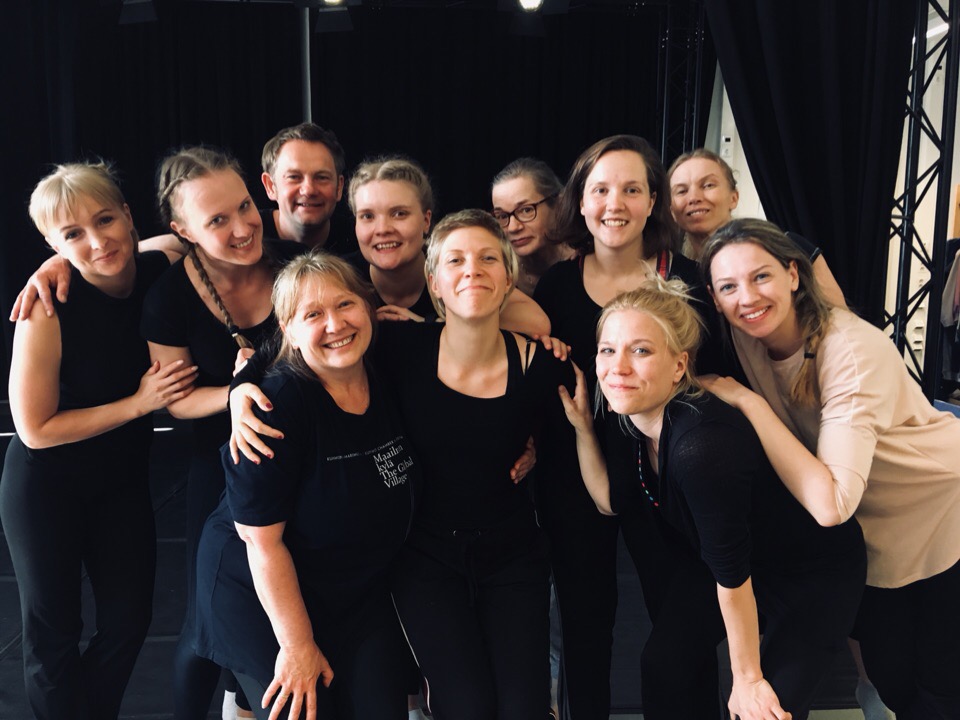 “The Art of Movement” workshop became a good example of well-coordinated teamwork at all levels of interaction. All participants expressed a desire to continue working together. From June 22 to June 27, another creative theater camp will take place in the Republic of Karelia, which will result will be 2 international productions.