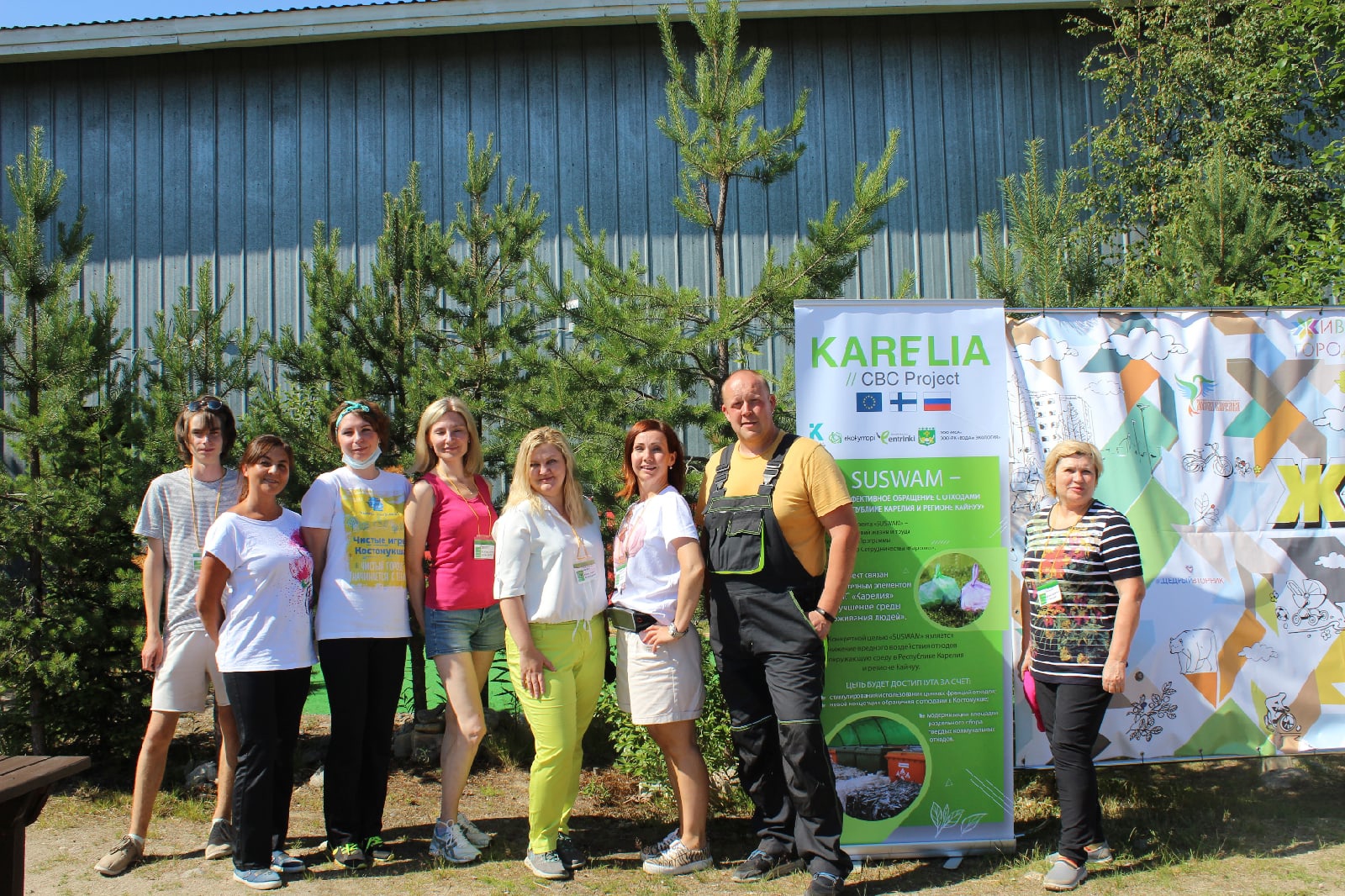 SUSWAM project took part in organizing and joined with own team the ecological challenge “Clean Games” which took place on 4.7.21 in Kostomuksha. The eco-quest was organized for the 3rd time in Kostomuksha, but it is well known in numerous Russian cities.

The project organized a radio quiz for adults and kids as part of Clean Games promotion. All questions were aimed to raise listeners’ awareness on waste sorting, recycling, Finnish waste practices and environmental impact of poor waste management. The prizes (power banks, phone stands and refillable water bottles), all marked with the SUSWAM logo, were sponsored by OOO MSA.

The start of Clean Games registration was launched with an ecological campaign of planting bushes in Kostomuksha. SUSWAM project planted own lilac bush.

The ecological challenge was supported by 26 people who formed seven teams. The amount of participants was lower due to COVID-19 and the necessity to limit the amount of participants in a team.  Many of the participants represented companies, city administration and local organisations. The start of the game took place on the territory of the sports club "Red Fort", which is known in town for improving local ecological situation. After registration, the teams spent 1.5 hour in search for car tyres, glass, metal and plastic waste. Additional game points could have been earned by participating in a knowledge quiz. According to a tradition, teams could also present an artifact - some kind of unusual item that was found during the game. This year, the teams found a pair of new shoes, cassettes with a gold music collection, a toy dump truck, and medical equipment.

This year “Clean Games” were supported by the waste recycling company Greentech from Cherepovets who collected for further recycling 15 000 kg of used car tyres and 850 kg of batteries from Kostomuksha. Sorted waste fractions, such as plastic and aluminum bottles, metal, glass, mixed waste were collected by project partner OOO MSA in cooperation with regional waste management company Avtospetstrans.

The winner of “Clean Games 2021” is a team represented by the staff of OOO MSA, who is SUSWAM project partner.

Congratulations to the winners!