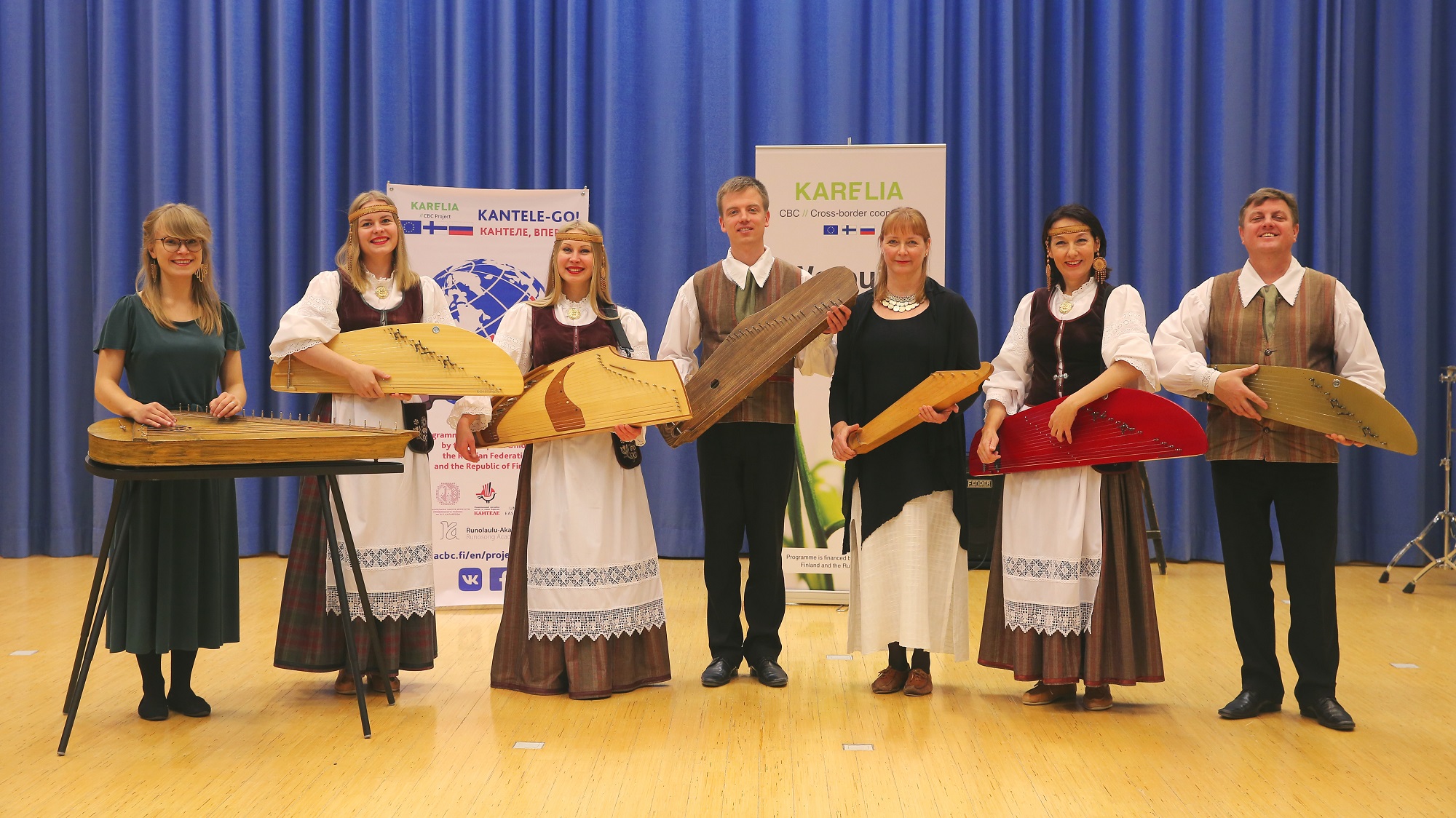 From October 7 to October 13, 2019 the "Kantele-GO!" concert tour supported  by the Karelia CBC program took place in Russia and Finland.

The concert tour and and the Misic Lab that was held earlier is a result of joint efforts of the Karelian National Song and Dance Ensemble “Kantele”, the Runosong Academy and the University of Eastern Finland. Due to international collaboration of managers and musicians the kantele players from Finland and the Republic of Karelia managed to find the way to create and perform together. Concerts within the first "Kantele-GO!" concert tour were held  in Petrozavodsk, Kondopoga, Sortavala, Joensuu, Ilomantsi and Lieksa where new kantele music was presented to 600 people. Audiences on both sides of the border were happy to listen to contemporary arrangements of folk music and author's interpretations for solo kantele performers and an ensemble of different musical instruments such as kantele, bass, violin, bayan, percussion and voice. 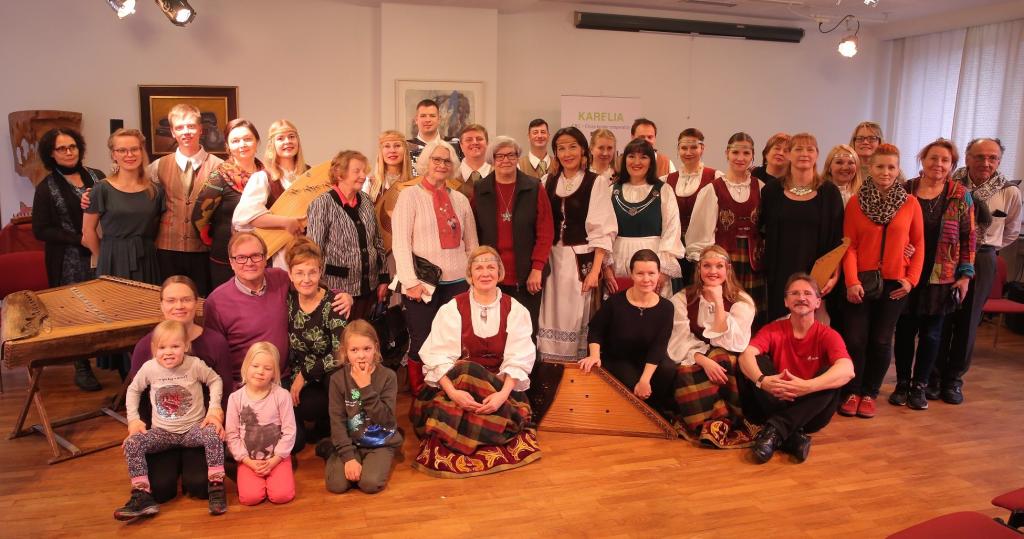 First time in the history of the Kantele Ensemble the concert program was created in cooperation with Finnish musicians, and for the first time the concert combined such a diverse range of music pieces: from traditional kantele tunes to improvised ensemble music created at the Music Lab in Petrozavodsk. The concert program introduced different kantele types such as traditional diatonic kantele used in both Finnish and Russian Karelia,  concert chromatic kantele from the Republic of Karelia and Saarijarvi kantele from Central Finland.  Thanks to Hanna Ryynänen the Kantele Ensemble musicians learned a unique performing technique  -  tikkutyyli when kantele is played with a wooden stick.  Minna Raskinen demonstrated her virtousity in performing two 5-string kanteles at the same time.

As per visitor feedback performance of the "Kantele-GO!" project musicians overwhelmed the audience in Finland in Russia with charming instrumental melodies and folk singing,  masterful performing techniques and  beautiful costumes.

- The Kantele Ensemle has always amazed me with their performing skills and magic touch. Hanna and Minna showed their bright and original performing styles and added more colors into the kantele music -  a kind of  authentity and improvisation! The performance was wonderful!  - Anna Kovaleva, education coordinator of music programs at Children Arts School in Kondopoga.

-  This time the Kantele Ensemble performance was supported by two brilliant Finnish kantele players who made the program extraordinary, I felt like chilly on the skin, thanks a lot for this lovely evening! – Vasilii Chalykh, journalist and photographer from Sortavala. 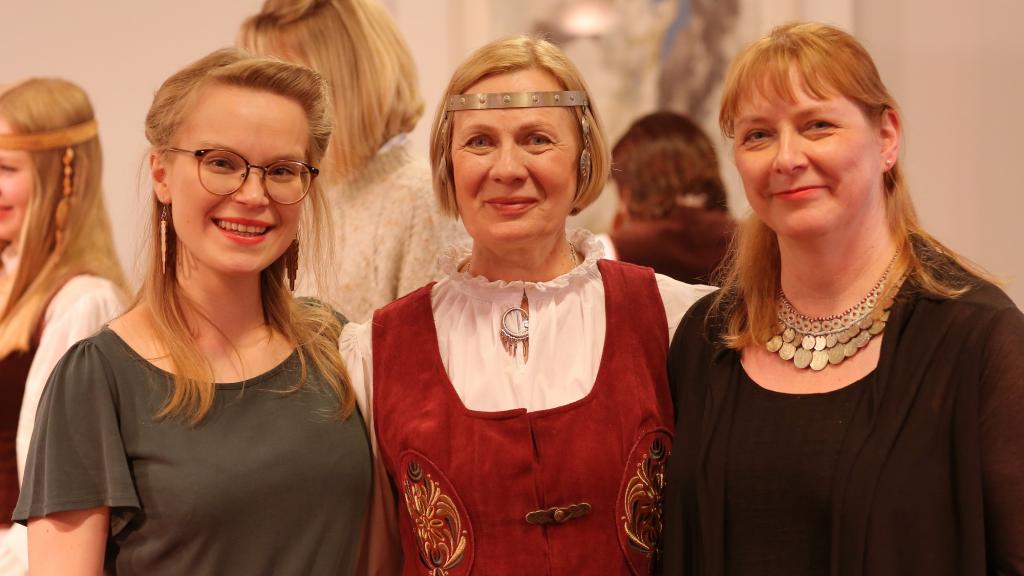 - I was there yesterday too! So it's a second concert for me in the other city. It's really cool! Before I could only listen to kantele on the Internat. such a great difference! I can't find words to describe that!  - Elena Bazhenova from Joensuu.

- That was so nice... Thank you so much! I was even crying during the concert! - Erja Karvinen from Ilomantsi.

Along with concerts there were  kantele master-classes arranged for the interested teachers and students in order  to increase  their interest in kantele performing.  The Kantele Ensemble soloists Anastasiia Krasilnikova and Elena Ankhimova helped the teachers of the music school in Sortavala to learn more about tuning of a kantele, some  and piculiaritirs of different kantele instruments as demand for kantele has recently  increased in this area.  In Joensuu the participants of the concert tour gave a master-class on chromatic kantele performing and prepared a joint music piece for the concert later in the evening. 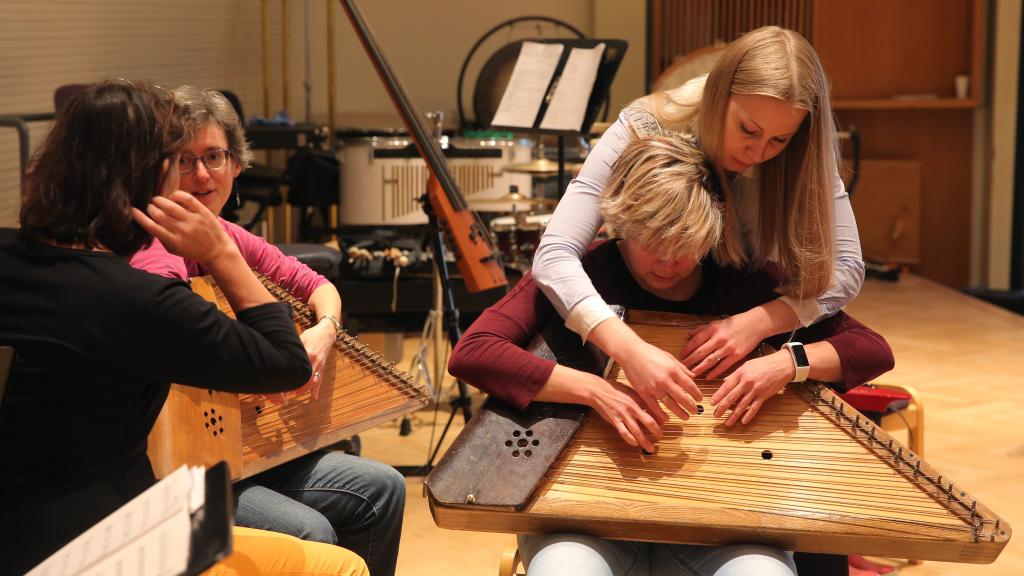 - We enjoyed the process of joint creation of music. Everyone at the Music Lab was very positive and creative.  I have already thougth of future work together - how to arrange Finnish music pieces for chromatic kantele used in the Republic of Karelia. Our instruments look similar but actually they differ a lot and our performing techniques are quite different too, - Minna Raskinen, Finnish kantele performer and teacher, participant of the "Kantele-GO! project.

- The "Kantele-GO!" project helped kantele players from Finland and the Republic of Karelia to learn more about the development of a kantele on both sides of the border. I have worked with a big ensemble of professional kantele players for the first time. Level of  their performing skills is very high. We are all different but it was exciting to work together. We have learnt a lot from each other,  -  Hanna Ryynänen, Finnish kantele performer and teacher, participant of the "Kantele-GO! project. 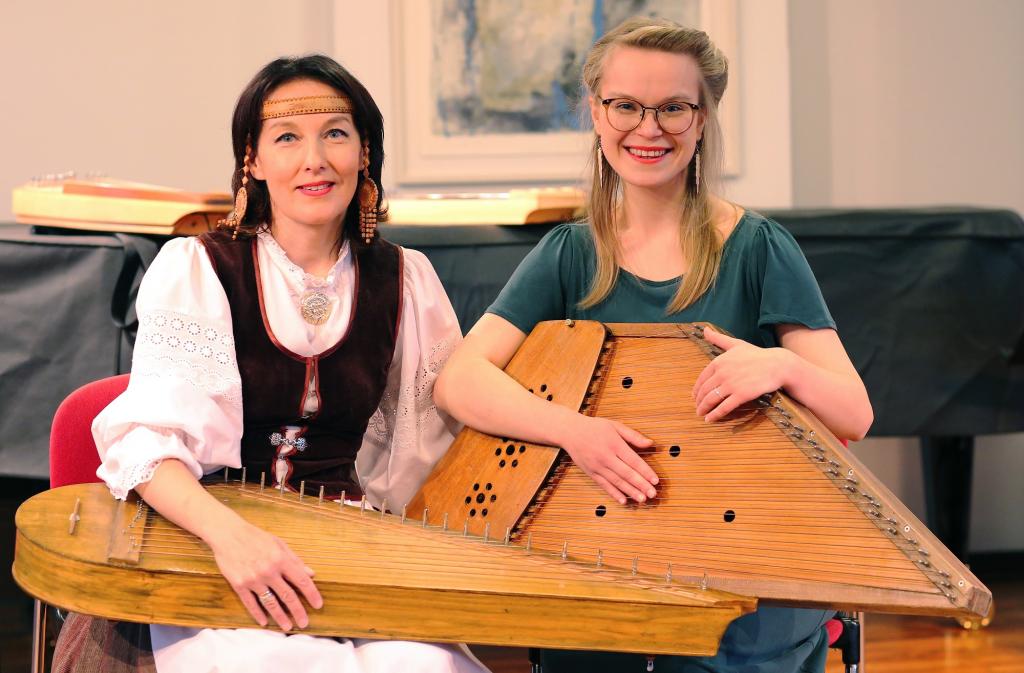 - Among the other things I was interested in improvising at the Music Lab. Minna was the one who helped with improvising a lot and suddenly I had to apply new skills when one of the strings on my kantele broke during the public performance. So I started impprovising. - Anastasiia Krasilnikova, kantele performer, member of the Kantele Ensemble

- Joint work on creation of a new concert program was an interesting experience. I am sure that within the next two years of the project implementation we will get to know what should be done for the development of the kantele instrument in Russia and Finland.  -  Vyacheslav Ivanov, art director of the Kantele Ensemble and the "Kantele-GO!" project.

- I suppose the first Music Lab and the concert tour worked out. We managed to achieve what we had planned - created a new concert program that attracted listeners and motivated musicians, delivered all the concerts, and, what is more important, pushed boundaries and did what no one had ever done before. We got in contact with Finnish partners and agreed on future performances. Next Music Lab and a concert tour are planned for 2020.   - Olga Vlasova, vice director of the Kantele Ensemble and the project manager of the "Kantele-GO!" project.